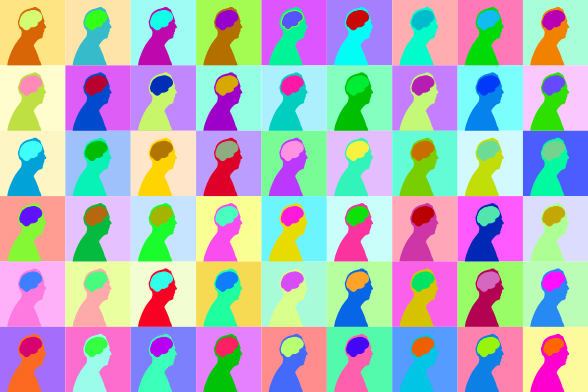 This essay was first published by Arc Digital on July 9th 2018. See the original here.

In a recent article for The Observer, Kenan Malik asked: “What is diversity? And why is it good – or not?” These seem like alarmingly basic questions to be posing at a time when, in many western countries, diversity requirements are becoming ubiquitous among all manner of large organizations – from private corporations to public bodies, from professional agencies to prestigious institutions. Such questions are made necessary, though, by the ambiguity with which diversity measures are promoted and explained to the public.

On the one hand, diversity remains anchored in the goal of helping groups who have historically been marginalized. Or this is how it appears, given the categories that organizations invariably use to measure diversity: ethnicity, gender, age, sexuality, disability, and, in some cases, religion. These conform to the “protected characteristics” now widely enshrined in law as safeguards against discrimination (see for instance the U.K.’s 2010 Equality Act).

But beyond the occasional euphemism, this logic of addressing specific injustices is rarely made explicit. Rather, it tends to dissolve into the much vaguer rhetoric of “openness,” “inclusion,” “representation,” and “reflecting society.” And typically, another layer of justification is added by invoking the instrumental benefits of diversity.

Consider some recent examples which have garnered widespread attention. In the U.K., the publishing giant Penguin Random House announced it was introducing an “inclusion tracker” to ensure its authors and staff would “reflect U.K. society” by 2025. Faced with criticism, CEO Tom Weldon was quick to respond that this amounted to “an aim, not a quota,” describing it as an effort “to make our books more representative.” Moreover, echoing an argument made on his behalf by Peter Gordon in the Guardian, Weldon fell back onto the profit motive: “This isn’t just about doing the right thing. After all, we are a commercial business, not a charity.”

Meanwhile, in the United States, Harvard University failed to dismiss a lawsuit claiming that it discriminates against Asian American applicants in order to achieve “racial balancing” — meaning overly mechanistic policies that favor applicants from disadvantaged minority backgrounds. But when Harvard’s president Drew Faust emailed students and faculty to preempt further scrutiny, she made no attempt to defend such a mission, producing instead a lengthy paean to diversity as a direct benefit to all students. It is, she stated, “the source of our strength and our excellence,” since it “enables us to enrich, to educate, and to challenge one another.”

What should we make of this equivocation over the meaning and purpose of diversity? In his Observer piece, Malik inferred that this idea is essentially a way of avoiding “all the issues for which ‘diversity’ has become a proxy: equality, identity, class, immigration, racism, ideas of belonging and home.”

More stringent critics treat the rhetoric around this subject as a veil to be penetrated, in order to expose what is really happening: the abandonment of meritocracy, and the return of discrimination in the guise of virtue. Regarding Penguin Random House’s initiative, the writer Lionel Shriver suggested that “literary excellence will be secondary to ticking all those ethnicity, gender, disability, sexual preference, and crap-education boxes.” Likewise, over at the Hill, Peter Wood declared: “Harvard’s handling of applications from Asian-American students has the odor of racial stereotyping wafting from the teacup of subterfuge.”

It is not paranoid to imagine that institutions might be obfuscating over their motivations and intentions. For instance, in the Harvard case, Faust’s email lays the ground for a legal defence, since it echoes the U.S. Supreme Court’s longstanding support for diversity as a basis for admissions. In other cases, diversity commitments are necessary to receive public funds. And many companies are under pressure from their own Human Resources departments to be vigorous in their pursuit of social justice (consider these recent recommendations by a major professional body for HR managers), and must then justify their actions to a more skeptical public.

But if we want to fully grasp why diversity appeals to many large organizations, and what the consequences are for culture at large, we should not dismiss as mere window-dressing the way that it is promoted. For in the rhetorical shift from social justice to inclusion, representation, and instrumental benefits, we see the emergence of a distinctive corporate paradigm of diversity — one that echoes the approach of politicians and advertisers rather than activists. It borrows the moral impetus of helping the disadvantaged, but ultimately directs it towards much wider claim: diversity as a public good in itself. As such, it allows organizations to secure a certain morally enhanced public status for themselves.

As a public relations strategy, corporate diversity is the means by which institutions of all shapes and sizes assume the role of representing, administering, and nurturing society. By asking us to view one another in terms of how we differ, they provide the common ground on which we can unite towards a common purpose. And by merging those purposes — selling books, receiving elite educations — with concepts such as representation and inclusion, whatever they happen to be doing can be tied-in with a greater civic ethos.

If we look at some of the diversity initiatives promoted within the last month or so, we see the constant evidence of this bid for public moral utility. Antonio Lucio, chief marketing and communications officer at the technology company Hewlett Packard, touts the slogan “Diversity — A Values Issue and a Business Imperative.” Barclays Bank wants to “create a culture that enables colleagues, customers, and clients to express who they are.” Announcing new requirements for films to be eligible for its awards, the British Academy of Film and Television Arts speaks of “the cultural and commercial benefits that real inclusion brings.” The Cincinnati Symphony Orchestra even claims“orchestras must better reflect the communities they serve.”

It’s possible that in some cases these claims are justified — that diversity measures do address inequities, improve profits, or enable social cohesion. But consider the net result of this strategy being widely implemented. The organizations adopting the diversity ethos are the gatekeepers of industries, the providers of products and services, the employers of many thousands, and the distributors of public resources. Their advertising and promotional material suffuses the information landscape, while many encounter their bureaucratic procedures daily. Thus, as they vocally assume the role of managing our differences and guaranteeing our personal identities, they make public something that should be considered private: the question of how we choose to define ourselves in relation to one another, and to society as a whole.

Now, the liberal ideal of private differences set against a neutral, benign public sphere has always been at best a partial reality. Certain groups have been denied their right to differ in peace, and mass media has long broadcasted conformist pressures into our homes. Nonetheless, it is difficult to imagine any really free society which does not allow some scope for a private identity. This means, among other things, people being able to determine for themselves what significance they attribute to factors such as ethnic and cultural background or religion, and to competing values such as social status and family life.

The corporate promotion of diversity, however, seeks to bring identity into the public domain and regulate it. We are told that it is in the interests of the public good to see ourselves according to certain dimensions of difference, regardless of whether we personally regard them as significant. Yet at the same time these very differences — and to a degree, the idea of difference as such — are rendered trivial. Everything from religion to age to gender are reduced to merely incidental characteristics within the machinery of highly-regulated consumer and administrative societies. Meanwhile, the veneer of moral necessity makes it difficult to question the more fundamental values — the goals and notions of success — embodied by organizations that claim to speak for us in one way or another.

In these circumstances, it actually becomes more difficult to feel secure in one’s distinctive identity and beliefs, which is perhaps why in the era of diversity people only seem more determined to assert them. Indeed, if diversity is intended to accommodate a rising identity-consciousness spawned by social media, it promises in its current form to achieve the opposite: a feedback loop in which people are increasingly anxious to find more authentic ways to define themselves. This is to say nothing of resentment towards institutions, and to the notion of diversity itself, which the feeling of corporate supervision is creating in parts of the public, who see it as part of a bigger picture of aggressively enforced political correctness.

None of this means that institutions have no role to play in advancing equality of opportunity. But we shouldn’t allow them to assume responsibility for our identities in the process.