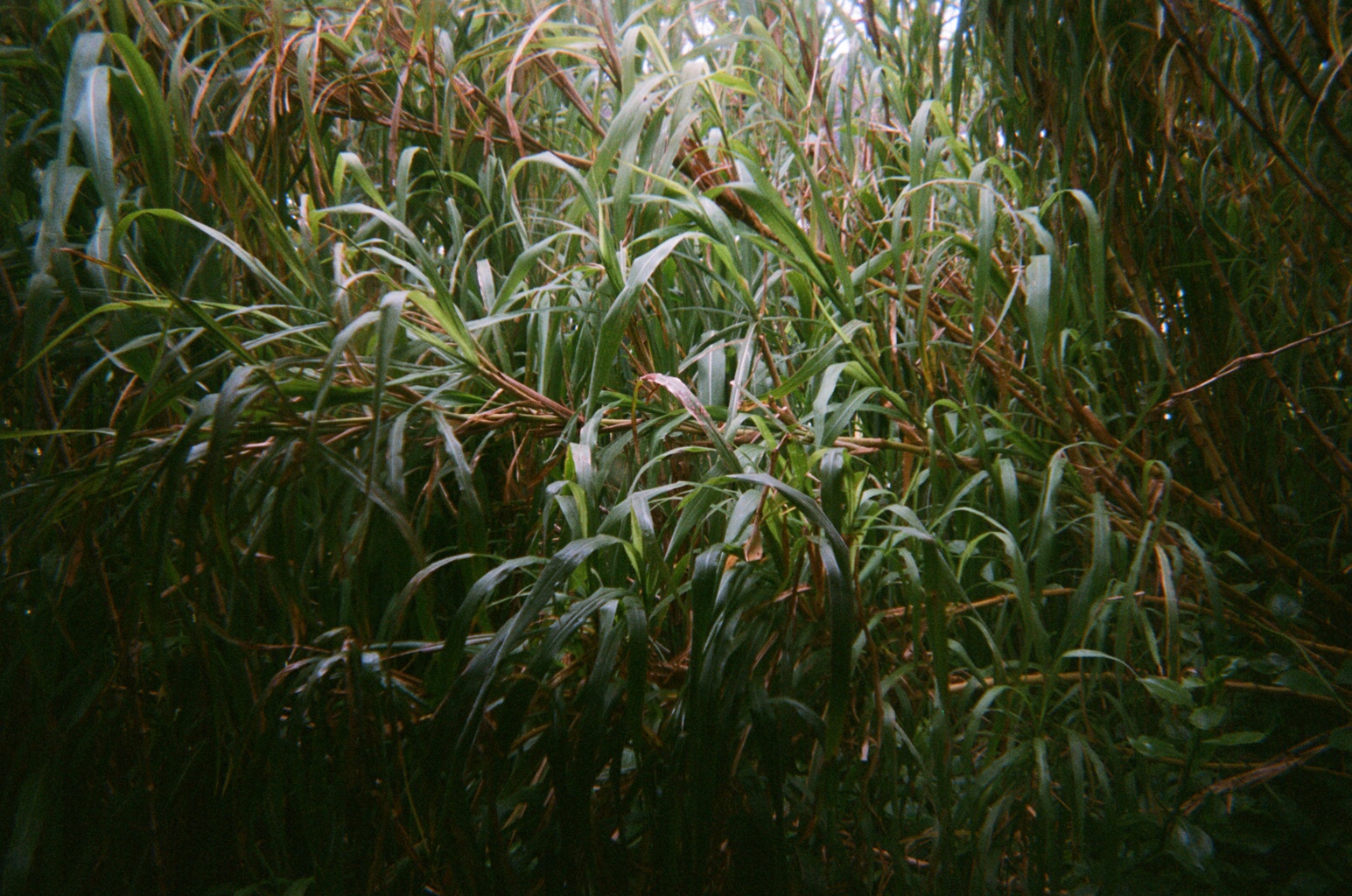 In the afternoon our house settles into a decadent air. My sisters’ children are asleep, there is the lingering smell of coffee, the corridors are in shade with leaves moving silently outside the windows. In my room light still pours in from the electric blue sky of the Eastern Cape. There is a view of the town, St Francis Bay, clustered picturesquely in the orthodox Dutch style, thatched roofs and gleaming whitewashed walls hugging the turquoise of the Indian Ocean.

This town, as I hear people say, is not really like South Africa. Most of its occupants are down over Christmas from the northern Highveld cities. During these three weeks the town’s population quadruples, the shopping centres, bars and beaches filling with more or less wealthy holidaymakers. They are white South Africans – English and Afrikaans-speaking – a few African millionaires, and recently, a number of integrated middle-class Africans too. The younger generations are Americanised, dressing like it was Orange County. There are fun runs and triathlons on an almost daily basis, and dance music drifts across the town every night.

But each year it requires a stronger act of imagination, or repression, to ignore the realities of the continent to which this place is attached. Already, the first world ends at the roadside, where families of pigs and goats tear open trash bags containing health foods and House and Leisure. Holidaymakers stock up on mineral water at the vast Spar supermarket, no longer trusting their taps. At night, the darkness of power cuts is met with the reliable whirring of generators.

And from where I sit at my desk I can make out, along the worn-out roads, impoverished African men loping in twos or threes towards the margins of town after their day of construction work, or of simply waiting at the street corner to be picked up for odd jobs. Most of them are headed to Sea Vista, or KwaNomzamo, third-world townships like those that gather around all of South Africa’s towns and cities, like the faded edges of a photograph.

When I visited South Africa as a child, this ragged frontier seemed normal, even romantic. Then, as I grew used to gazing at the world from London, my African insights became a source of tension. The situation felt rotten, unaccountable. But if responsibility comes from proximity, how can the judgment that demands it come from somewhere far removed? And who is being judged, anyway? In a place where the only truly shared experience is instability, judicial words like ‘inequality’ must become injudicious ones like ‘headfuck’. That is what South Africa is to an outsider: an uncanny dream where you feel implicated yet detached, unable to ignore or to understand.

Ethics is an inherently privileged pursuit, requiring objectivity, critical distance from a predicament. If, as Thomas Nagel says, objective judgment is ‘a set of concentric spheres, progressively revealed as we detach from the contingencies of the self,’ then ethics assume the right to reside in some detached outer sphere, a non-person looking down at the human nuclei trapped in their lesser orbits.

In his memoir Lost and Found in Johannesburg, Mark Gevisser uses another aerial view, a 1970s street guide, to recollect the divisions of apartheid South Africa. Areas designated for different races are placed on separate pages, or the offending reality of a black settlement is simply left blank. These omissions represented the outer limits of ethical awareness, as sanctioned by the state.

Gevisser, raised as a liberal, English-speaking South African, had at least some of the detachment implied by his map. Apartheid was the creation of the Afrikaner people, whose insular philosophy became bureaucratic reality in 1948, by virtue of their being just over half of South Africa’s white voters. My parents grew up within its inner circle, a world with no television and no loose talk at parties, tightly embraced by the National Party and by God himself through his Dutch Reformed church.

It was a prison of memory – the Afrikaners had never escaped their roots as the hopeless dregs of Western Europe that had coalesced on the tip of Africa in the 17th century. Later, the British colonists would call them ‘rock spiders’. They always respected a leader who snubbed the outside world, like Paul Kruger, who in the late 19th century called someone a liar for claiming to have sailed around the earth, which of course was flat. Their formation of choice was the laager, a circular fort of settlers’ wagons, with guns trained at the outside.

By the time my father bought the house in St Francis in 1987, the world’s opinions had long been flooding in. Apartheid’s collapse was under way, brought about, ironically, by dependence on African labour and international trade. My family lived in Pretoria, where they kept a revolver in the glove compartment. We left seven years later, when I was three, part of the first wave of a great diaspora of white South Africans to the English-speaking world.

From my half-detached perspective, the rhythms of South African history appear deep and unbending. The crude patchwork of apartheid dissolved only to reform as a new set of boundaries, distinct spheres of experience sliding past each other. Even as places like St Francis boomed, the deprived rural population suddenly found itself part of a global economy, and flooded into peripheral townships and squatter camps. During the year, when there is no work in St Francis, these are the ghosts who break into empty mansions to steal taps, kettles, and whatever shred of copper they can find.

This is how Patricia and her family moved to KwaNomzamo, near the poor town of Humansdorp, about 20 minutes’ drive from St Francis. Patricia is our cleaner, a young woman with bright eyes. She is Coloured, an ethnicity unique to South Africa, which draws its genes from African and Malay slaves, the indigenous San and Khoikhoi people of the Cape, and the Afrikaners, whose language they share. This is the deferential language of the past – ‘ja Mevrou,’ Patricia says in her lilting accent.

I have two images of Patricia. The first is a mental one of her home in KwaNomzamo, one of the tin boxes they call ‘disaster housing’, planted neatly in rows beside the sprawl of the apartheid-era ‘location’. This image is dominated by Patricia’s disabled mother, who spends her days here, mute and motionless like a character from an absurdist drama. Beside this is the actual photograph Patricia asked us to take at her boyfriend’s house, where they assumed a Madonna-like pose with their three-month-old child.

These memories drive apart the different perspectives in me like nothing else. The relationships between middle-class South Africans and their domestic staff today are a genuine strand of solidarity in an otherwise confusing picture. But from my European viewpoint, always aware of history and privilege, even empathy is just another measure of injustice, of difference. This mindset is calibrated from a distance: someone who brings it to actual relationships is not an attractive prospect, nor an ethical one. Self-aware is never far from self-absorbed.

The danger usually emphasised by ethics is becoming trapped in a subjective viewpoint, seeing the world from too narrow an angle. But another problem is the philosophical shrinking act sometimes known as false objectivity. If you already have a detached perspective, the most difficult part of forming a judgment is understanding the personal motives of those involved. ‘Reasons for action,’ as Nagel says, ‘have to be reasons for individuals’. The paradox is that a truly objective judgment has to be acceptable from any viewpoint, otherwise it is just another subjective judgment.

In Britain, hardship seems to exist for our own judicial satisfaction. Ethics are a spectator sport mediated by screens, a televised catharsis implying moral certainty. War, natural disasters, the boats crossing the Mediterranean – there’s not much we can offer these images apart from such Manichean responses as blind sympathy or outrage, and these we offer largely to our consciences. Looking out becomes another way of looking in.

The journalist R.W. Johnson noted that after liberation, foreign papers lost interest in commissioning stories about South Africa. Just as well, since it soon became a morass of competing anxieties, the idealism of the ‘rainbow nation’ corroded by grotesque feats of violence and corruption: I am not unusual in having relatives who have been murdered. Against this background, the pigs and potholes among the mansions of St Francis are like blood coughed into a silk handkerchief, signs of a hidden atrophy already far progressed.

Alison and Tim are the sort of young South Africans – and there remain many – whose optimism has always been the antidote to all this. They are Johannesburgers proud of their cosmopolitan city. One evening last Christmas, I sat with Tim in a St Francis bar that served craft beer and staged an indie band in the corner. This is not really like South Africa, he said, pointing to the entirely white crowd. Then he told me he, too, is thinking of leaving.

South Africa’s currency, the Rand, crashed in December after President Jacob Zuma fired his Finance Minister on a whim. You could not go anywhere without hearing about this. Everyone is looking for something to export, Tim said, a way to earn foreign currency before it becomes impossible to leave. He has a family to think of – and yes, he admitted several drinks later, it bothers him that you could wake any night with a gun to your head.

‘More often in the first world / one wakes from not to the nightmare’, writes the American poet Kathy Fagan. There is such as thing as a shared dream, but even nightmares that grow from the same source tend to grow apart. They are personal, invisible from outside.