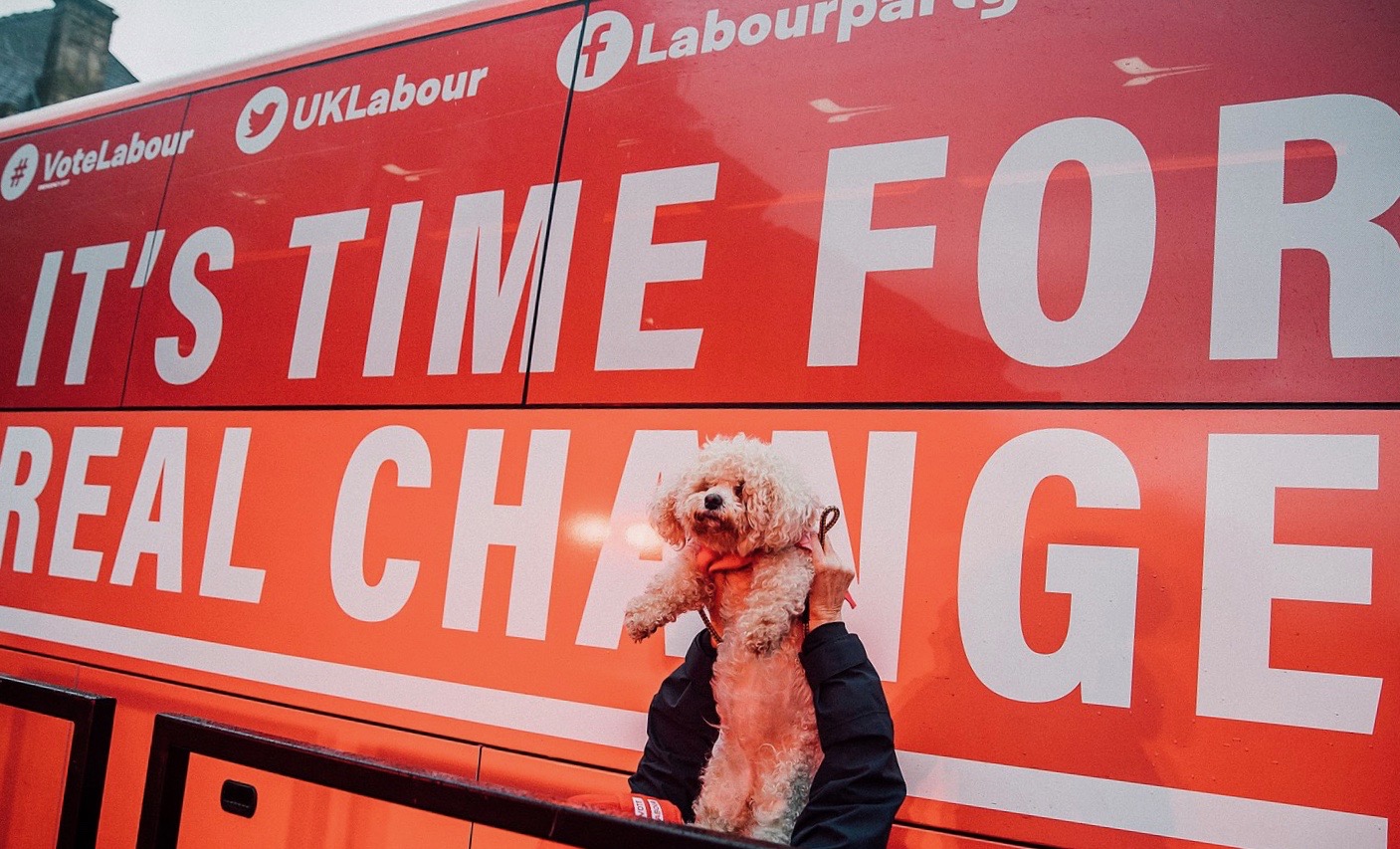 I’ve been overseas for a few weeks, so I missed the election results coming in on December 12th, and most of the ensuing media frenzy. Based on the odd headline I did see, it seemed as though the British political system had just been administered an enormous quantity of laxative; though whether Boris Johnson’s breaking of three years of parliamentary deadlock was a moment of profound relief or terrifying incontinence was, naturally, a contentious issue.

When I got back to the UK a couple of days ago, sleep-deprived after my journey and struggling to work, I decided to watch some of the election night coverage. Amidst all the praise and recriminations in response to Johnson’s victory, one interview in particular stood out to me. It was with Nicholas Soames, a former minister and one of the MPs who had been kicked out of the Conservative party in September for obstructing Johnson’s theatrical drive for Brexit. The interviewer, Andrew Neil, put it to Soames that Conservative gains in the north and midlands would entail a fundamental transformation of the party. It was, Neil suggested, “the end of your kind of Tory party – a party that was pro-EU, was more southern than northern, was quite posh.”

This was an apt point to raise with Soames. Besides being, quite literally, an embodiment of the Tory heritage – Soames is Winston Churchill’s grandson, as the hangdog expression and comb-over make clear – he had just recently railed against Johnson for turning the party into “a Brexit sect.” But Soames was in a conciliatory mood. All these contradictions, he insisted, would now be dissolved in the aura of Johnson’s “One Nation” Conservatism. He even conceded Johnson had been right to eject him from the party, and was quick to point out he had “very generously” been reinstated. In any case, his opposition had merely been “a point of principle.”

This obsequious performance resonated with many of the responses I’m seeing from long-term Conservative supporters. I don’t doubt they are genuinely thrilled by the prospect of embracing their blue-collar compatriots under a Disraelian banner of queen and country. But it is notable that this “One Nation” fervour has made them forget their longstanding reservations about what Johnson is now shaping up to do. Most obviously, a majority of Tory stalwarts were for the longest time grimly opposed to high levels of government borrowing and spending (not to mention taxing) – the very thing that all tacitly concede will be a condition of cementing their new constituency. Then there is the fact that many of them were, like Soames, less than keen on Johnson himself. Nor is this surprising, given that nobody knew what he actually wanted to do with the power he so nakedly craved, only that he would do anything to get it.

But he did get it. And that, I would suggest, is the main reason that “points of principle” are receding so sharply into the background. In hindsight, it has to be said that Johnson’s outmanoeuvring of parliament and an inept Labour party was skilfully done. Taking seats like Blyth Valley and Redcar is no small achievement; after a decade with very few notable politicians on the British scene, it looks positively Bismarckian. It is intoxicating, all this talk of realignments, watersheds, historic breakthroughs, new eras. And somehow, Johnson’s mercurial (or if you prefer, unprincipled) character makes it all the more intoxicating. That shapeless quality behind the cartoonish façade has, for the time being, revealed itself as the spirit of pure power.

It should come as no surprise that politicians prove flexible in the presence of a winner. The recent kowtowing to king Boris echoes a ritual which has played out in countless courts and privy chambers over the centuries, as erstwhile enemies and fence-sitters bend the knee to the new authority in the land. More surprising, however, is that the rancour we’ve all been through in the past few years should be settled in such a time-honoured fashion. The British constitution, with all its ceremonies, conventions and medieval fripperies, is unmatched in its insistence on cloaking the ugly business of power competition in the sacred garb of custom. One can scarcely imagine, when one sees the Prime Minister’s car gliding along to Buckingham Palace for an audience with the Queen, that just a few months ago we were witnessing a constitutional bonfire, as the executive, legislature and judiciary wrestled for control of the Brexit proceedings. Yet the question remains how much exactly has been settled by this election. After all, those wranglings within the political system were only part of a wider turbulence that shows no signs of stopping.

One of the most intriguing books I came across this year was a study called Democracy and the Politics of the Extraordinary by Andreas Kalyvas, professor at New York’s New School for Social Research. Borrowing from the ideas of Max Weber, Carl Schmitt and Hannah Arendt, the book considers what happens when democratic politics are subject to exceptional strain or rupture, overflowing their constitutional limits and entering the domains of culture and everyday life. Needless to say, many of its themes resonated with the experience of western countries in recent years. Institutions that had seemed to operate with the assurance of natural laws are revealed as arbitrary customs. Formerly trivial issues become symbolic of wide-ranging and fundamental questions of worldview. The primacy of identity leads to a resurrection of the primitive friend/enemy distinction. In a climate of endless possibility, charisma emerges as an almost magical force, and people flock to all manner of saints and charlatans.

All of this signals a diversification of power. As politics enters new arenas, so too does an awareness of how new forms of authority might be leveraged, new constituencies mobilised. This is what much of the commentary on the contemporary left, in particular, overlooks. From the perspective of ordinary politics, the UK Labour party and perhaps also the US Democrats appear determined to make themselves unelectable. But the left faces a genuine dilemma on account of the possibilities that seem to be opened up by extraordinary politics. The emotive potential of online discourse, hegemony in cultural institutions, the emergence of leaders who exude genuine conviction – all of these forms of power rely on an adversarial, or at least selective relationship with traditional forms of authority. It is easy to portray such tendencies as delusional when the right wins elections, and this could turn out to be the correct verdict. It could turn out that the right has capitalised on the potential of extraordinary politics to effect a reorientation of the electorate, ushering in a new sense of the ordinary. Then again, it could not. Only time will tell who is backing the right horse.

It might seem cynical to speak in these terms. After all, it is often said that we are currently seeing the return of a politics based on values rather than interests. Notions like equality, justice, patriotism and solidarity are now back on the table. But if this period of extraordinary politics has taught us anything, it is surely that values and power are not as distinct as we would like to imagine. The recalibration of principles after a decisive election victory is nothing compared to what happens when political conflicts spill into culture at large and become supercharged by tribalism. There the language of values, rights and integrity quickly becomes a tool for different purposes: signalling strength, claiming territory and cultivating solidarity. Power is no longer a means to an end, but an end in itself – one which perpetually creates other ends to serve as its means. And eventually, it is difficult to tell where values stop and the desire for power begins.