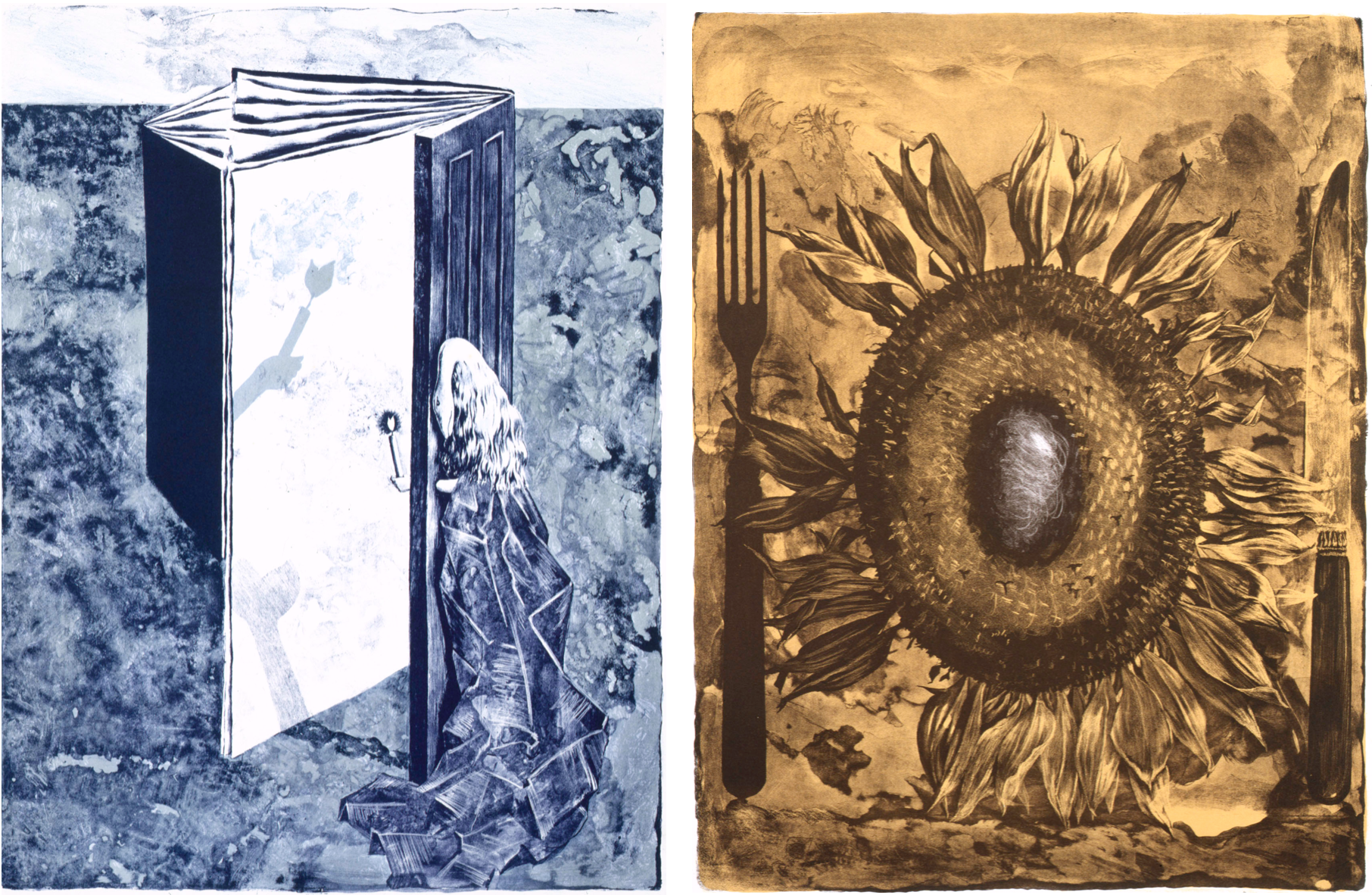 This article was first published by MutualArt on 4 April 2019

It has often been said that Dorothea Tanning had two careers in her exceptionally long life: first as a visual artist, then as a writer. At the current Tate Modern exhibition of Tanning’s paintings and sculptures, you can read her statement that it was after the death of her husband Max Ernst in 1976 that she “gave full rein to her long felt compulsion to write.” The decades before her own death in 2012 were increasingly dedicated to literature, as she produced two memoirs, a novel, and two well-regarded collections of poetry.

Nonetheless, it would be truer to say that word and image went hand-in-hand throughout Tanning’s career. She published a steady stream of texts during the height of her visual output from the 1940s until the 1970s. Moreover, as the wealth of literary allusions in her paintings suggests, she drew constant inspiration from the horde of books she and Ernst kept in their home. Tanning told the New York Times in 1995: “All my life I’ve been on the fence about whether to be an artist or writer.”

But the most overlooked aspect of Tanning’s literary-artistic career is her involvement in numerous books of poetry and printmaking in France from the 1950s onwards. These include collaborations with several French authors, and two books of Tanning’s own French poetry and prints – Demain (1963) and En chair et en or (1974).

These works deserve more attention. For one thing, the etchings and lithographs Tanning produced for these books amount to a significant and distinctive part of her oeuvre. According to Clare Elliott, curator of an upcoming show of Tanning’s graphic works at the Menil Collection in Houston, her prints “achieve a variety of visual effects impossible to achieve with other materials. Ranging from dreamlike representation to near total abstraction, they reveal the breadth of her formal innovation.”

What is more, a closer look at Tanning’s bookmaking years can give us a unique perspective on her as an artist – her working methods, her outlook, and her relationship to the movement she was most influenced by, Surrealism.

Arriving in Paris in 1950, Tanning discovered a thriving scene around the beau livre, or limited edition artist’s book. “Paris in the first fifty years of our century spawned more beau livresthan the rest of the world together,” she recalled in 1983. “To call it mania would not have surprised or displeased anyone.” Mostly these books were collaborations between an artist and a poet, “with mutual admiration as the basic glue that held them together,” as well as an editor who normally bankrolled the project.

Tanning dove straight into this milieu. In 1950 she produced a series of lithographs, Les 7 Périls Spectraux (The 7 Spectral Perils), to accompany text by the Surrealist poet André Pieyre de Mandiargues. Here we can recognise several motifs from Tanning’s early paintings – most notably in Premier peril, where a female figure with a dishevelled mask of hair presses herself against an open door, which is also the cover of a book. But with her combination of visual textures, Tanning achieves a new depth in these images, showing her embrace of the lithographic process in all its layered intricacy.

As the collaborations continued during the 1950s and 60s, Tanning’s printmaking ambitions grew. Like many artists before her, she discovered in etching and lithography a seemingly limitless arena for experimentation, attempting a wide range of techniques and compositions. And in 1963 she went a step further, replacing the poetry of other authors with her own.

The result was Demain (Tomorrow), a book of six etchings and a poem in French dispersed across several pages. Though modest in size – just ten squared centimetres – it is a punchy work of Surrealism. The poem progresses through a series of menacing images, as language breaks down in the presence of time and memory. It concludes: “The night chews its bone / My house asks itself / And deplores / Tonight, bath of mud / Evening fetish of a hundred thousand years, / My vampire.” The etchings convey a similar sense of dissolution, with vague forms emerging from a fog of aquatint.

Making Demain involved frustrations any printmaker could recognise. She would later describe watching her printer, Georges Visat, “wiping colours on the little plates while I stood by, always imploring for another try. There must have been fifty of these.” She was, however, thrilled by the result: “For my own words my own images – what more could one ask?”

Eleven years later Tanning produced En chair et en or (Of flesh and gold), a more substantial and, in every respect, more accomplished book. Its ten etchings, in which curvaceous, almost-human figures are suspended above landscapes of pale yellow and blue, show us what to expect from the accompanying poem. Everything expresses a sense of poise, a dazzling, enigmatic tension:

Body and face drift
Down with nightfall, unnoticed.
Draw near, draw nearer
Your destination.

Gradually, Tanning introduces notes of violence and desire, culminating in the striking final stanza: “Death on a weekend / Opened the dance like a vein / Flaming flesh and gold.”

By the time of En chair et en or, we can identify some characteristic features in Tanning’s printmaking and poetry. Her etchings typically present coarse background textures, ghostly colours, and loosely organic forms. Her poems, meanwhile, reveal her exposure to the international Surrealist movement during the 1940s. (In “Demain”for instance, there are direct echoes of the Mexican poet Octavio Paz).

But this is not the most insightful way to approach Tanning’s books. For what really appealed to her, an English-speaking painter, about printmaking and French poetry was the opportunity to escape familiar forms of expression.

“Much of this work, and etchings that follow, have to do with chance,” she wrote about one of her collaborations, “for so many things can happen to a copper plate, depending on how you treat it, that implications are myriad.” Very few artists master the printmaking process to the degree that they know exactly what they are going to get at the end of it, but for Tanning this was part of its allure. In her comments about printmaking, she often used words like “discovery” and “adventure.” Unpredictability, in other words, was a creative asset.

The same can be said of her poetry in this period. The Irish playwright Samuel Beckett claimed that he wrote in French precisely because he did not know it as well as English, and so was less confined by conventional style and idiom. Likewise, it is striking how raw and immediate Tanning’s French poetry is by comparison with her later work in English.

All of this resonates with what originally drew Tanning to Surrealism – in her often quoted phrase from 1936, “the limitless expanse of POSSIBILITY.” In its earliest and most dramatic phase, an important aim of Surrealism had been for artists to loosen their control over expression, thus allowing more spontaneous, expansive forms of communication and meaning. This is what printmaking and French – both, in a sense, second languages – allowed Tanning to do.