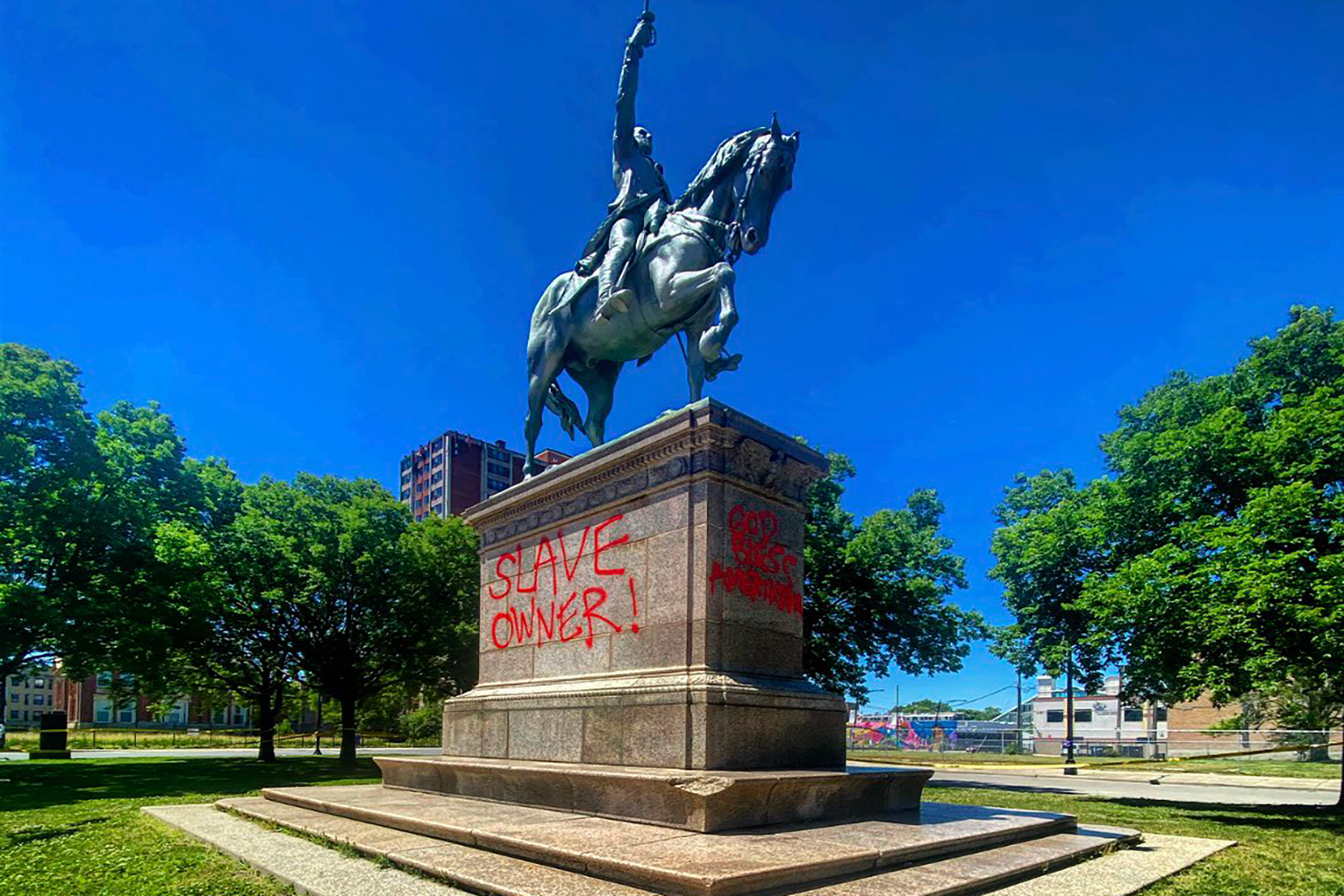 The article was originally published by Arc Digital on June 20th 2020.

Protest is a symbolic form of politics. It is about sending messages. It turns public space — both physical and now virtual — into an arena where frustrations not satisfied by the formal political system are expressed with slogans, banners, and bodies.

But protest can only be a force for good if its aims point away from the symbolic and back towards formal politics — and, beyond that, towards material reality.

Yes, filling the streets with demonstrators and the internet with hashtags can be effective in raising awareness of issues. It can be effective in bringing new movements to life. But if the issues that spur protest are real problems in society, then the sending of messages must be accompanied by practical plans to address those problems.

In this last respect, the spectacular wave of protests sparked by the killing of George Floyd three weeks ago, which has carried not just across the United States but to Europe and beyond, presents a mixed picture. At its core is the grief and righteous anger of African-Americans regarding police brutality. This is a cause that, so far as I know, has been questioned by no one anywhere near the mainstream of public life. And it is eminently capable of achieving concrete reforms.

But around that core has gathered a much more nebulous phenomenon — a culture of protest that does not just employ symbolic means, but pursues largely symbolic goals. In the U.S., African-American grievances have been overshadowed by white progressives expressing their prodigious guilt and shunting it onto one another. Witness the rituals of purification where crowds have gathered to kneel or lie prostrate on the ground.

The iconography of Black Lives Matter — especially the resonant statements about injustice presented in white text on black background — has been widely co-opted by mega-corporations seeking to endear themselves to consumers. Meanwhile, the demonstrations have coalesced around a vacuous slogan, “defund the police,” which is clearly a rallying cry for further protest rather than a serious policy proposal.

In the United Kingdom (where we are always copying our cousins across the Atlantic), the protests have become similarly ingrown. Beginning as a statement of empathy for African-Americans and a warning that we have our own issues of racial inequality to address, they quickly descended into an argument about historical figures represented in public statues and the names of buildings and streets. The focus on iconoclasm has now blown back into the United States, as seen in this week’s wave of statue-toppling and defacing.

To the extent that all this symbolic activity makes racial minorities feel they have solidarity with society at large, this is good. But there is a point at which the politics of gesture becomes so dominant that it distracts from practical efforts at reform, or even hinders them. When manifestly crazy ideas like defunding the police become attached to the protests, it undermines legislators seeking genuine solutions by giving their opponents a brush to tar them with. Making an issue of public monuments (London Mayor Sadiq Khan has announced a new “Diversity Commission” for this purpose) diverts attention from a hundred more consequential issues we could be discussing.

Of course to view these events in isolation would be to miss the forest for the trees. The symbolic turn of progressive activism is part of an ongoing culture war over the norms that govern our language, manners, and institutions.

Part of the progressive strategy in that war has been to establish a kind of semantic hegemony, or effective control over the meaning of symbols. This involves emphasizing the symbolic dimension of all kinds of things — words, gestures, intellectual practices, works of art and entertainment — and then insisting on what they signify. Thus a statue is considered not a historical artifact but an expression of racism, or particular words and actions deemed manifestations of white privilege rather than of the intentions that motivated them.

The performative character of the recent protests — the emphasis on gesture for its own sake, the fixation with symbols of oppression — certainly fits into this wider picture. This is why commentators, both supportive and skeptical, are now talking less about policing and concrete forms of racial inequality than about a “cultural revolution.” It is also why many conservatives, old school liberals, and social democrats are freaking out. They are imagining a society in which, simply to have a career, people will have to accept the meanings assigned onto things by the progressive worldview.

But there is still a question as to whether this cultural revolution will actually help the people it purports to. This is the question, or it ought to be. Can a politics so heavily focused on language, meanings, and manners create the conditions for minority individuals and communities to lead more secure and fulfilling lives?

To some degree it can. Dignity — or the entitlement to claim one’s right to full participation in civic life — is a necessary condition for any individual or group to flourish. And dignity does have a lot to do with that amorphous realm of social norms and meanings. It is ultimately manifest at the level of subjective experience, as self-assurance and an inner sense of belonging, but can only be guaranteed by the respect of others. There is at present, among younger generations especially, a genuine desire to ensure that the way we talk and act does not prevent minorities from claiming the dignity that is their due.

On the other hand, meaning is an uncertain, fuzzy thing, such that a politics which focuses too heavily on it can easily become Sisyphean — fighting endless battles over symbolic territory without achieving any real forward progress.

Indeed, in recent years progress towards social justice has become both a closed circle and an infinitely receding frontier. As the progressive mind has become preoccupied with attaching meanings to things — with telling us how we should interpret social phenomena, statues, words, pictures, etc., — it has granted itself the power to endlessly create new symbolic obstacles to be overcome.

This project seems especially futile in light of the fact that so many issues of racial inequality, both in the U.S. and in Europe, are also issues of social class. The cultural revolution is largely the preserve of the highly educated — academia, media, advertising, and managerial bureaucrat type people whose daily lives revolve around the interpretation and manipulation of symbols.

Far from expanding the circle of dignity, their arcane theories represent yet another barrier that excludes poorer people of all ethnicities from the conversation. Meanwhile, luminaries of the symbolic struggle can justify their endeavors by pointing to the very inequality which they subtly reinforce.

So the protest style we are seeing of late, which prioritizes grand gestures over concrete achievements, is indicative of a wider problem. A fixation with symbols is of little use if it comes at the expense of practical engagement with other, equally important dimensions of social life: economic opportunity and public services and community formation and the justice system.

That the symbolic mode of activism is so good at stoking passion, and at extracting equally symbolic gestures from cowed institutions, is just another indication that more substantive issues are being crowded out.