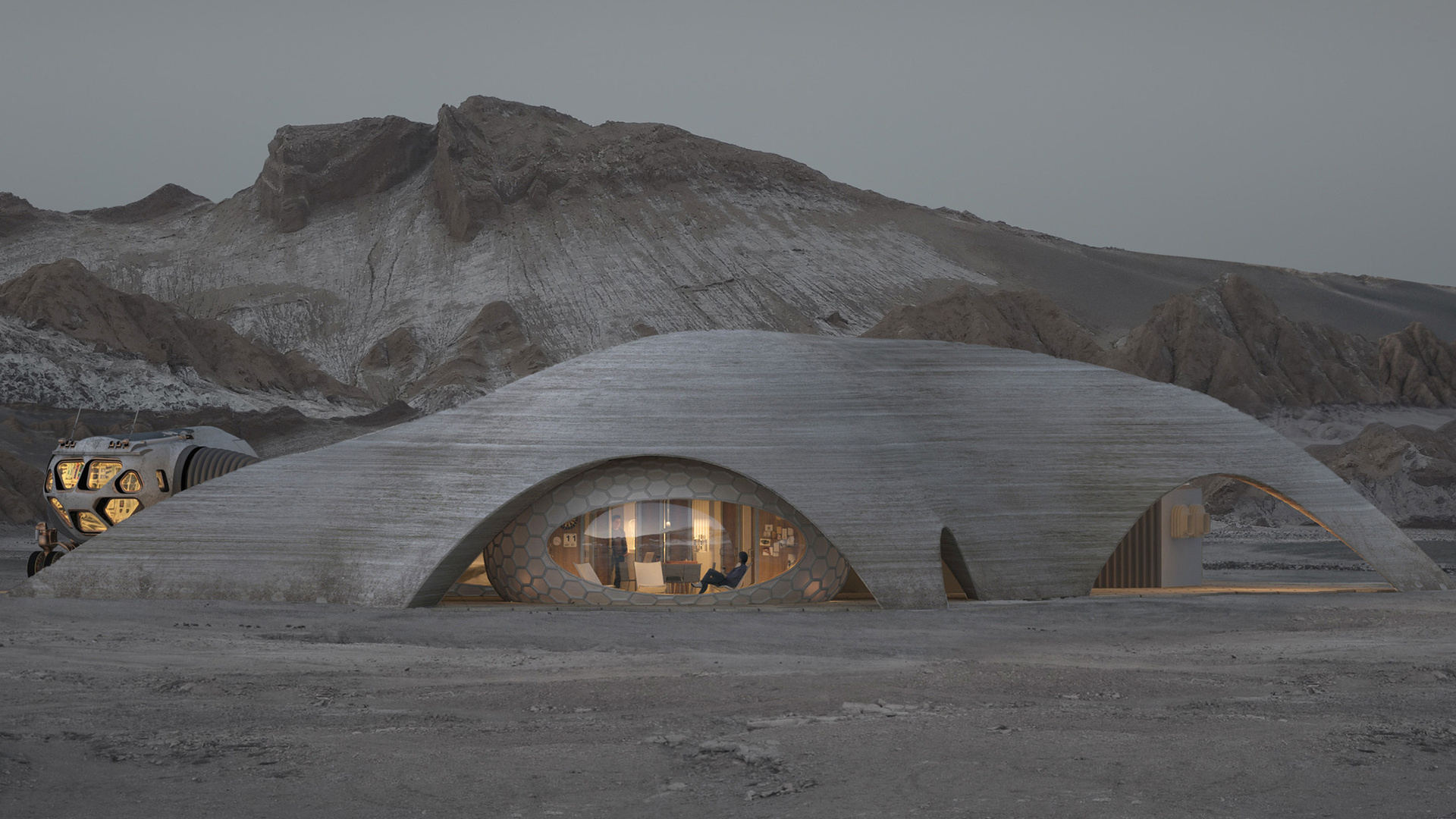 With the recent expedition of Nasa’s Perseverence rover to Mars, I’ve taken an interest in space architecture; more specifically, habitats for people on the moon or the Red Planet. The subject first grabbed my attention earlier this year, when I saw that a centuries-old forestry company in Japan is developing wooden structures for future space colonies. Space architecture is not as other-worldly as you might think. In various ways, it holds a revealing mirror to life here on Earth.

Designing human habitats for Mars is more than just a technical challenge (though protecting against intense radiation and minus 100C temperatures is, of course, a technical challenge). It’s also an exercise in anthropology. To ask what a group of scientists or pioneers will need from their Martian habitats is to ask what human beings need to be healthy, happy and productive. And we aren’t just talking about the material basics here.

As Jonathan Morrison reported in the Times last weekend, Nasa is taking inspiration from the latest polar research bases. According to architects like Hugh Broughton, researchers working in these extreme environments need creature comforts. The fundamental problem, says Broughton, is “how architecture can respond to the human condition.” The extreme architect has to consider “how you deal with isolation, how you create a sense of community… how you support people in the darkness.”

I found these words disturbingly relatable; not just in light of the pandemic, which has forced us all into a kind of polar isolation, but in light of the wider problem of anomie in modern societies. Broughton’s questions are the same ones we tend to ask as we observe stubbornly high rates of depression, loneliness, self-medication, and so on. Are we all now living in an extreme environment?

Many architects in the modernist period dreamed that they could tackle such issues through the design of the built environment. But the problem of what people need in order to flourish confronted them in a much harder form. Given the complexity of modern societies, trying to facilitate a vision of human flourishing through architecture started to look a lot like forcing society into a particular mould.

The “master households” designed by Walter Gropius in the 1920s and 30s illustrates the dilemma. Gropius insisted his blueprints, which reduced private family space in favour of communal living, reflected the emerging socialist character of modern individuals. At the same time, he implied that this transformation in lifestyle needed the architect as its midwife.

Today architecture has largely abandoned the dream of a society engineered by experts and visionaries. But heterotopias like research stations and space colonies still offer something of a paradise for the philosophical architect. By contrast to the messy complexity of society at large, these small communities have a very specific shared purpose. They offer clearly defined parameters for architects to address the problem of what human beings need.

Sometimes the solutions to this profound question, however, are almost comically mundane. Morrison’s Times report mentions some features of recent polar bases:

At the Scott Base, due to be completed in 2027, up to 100 residents might while away the hours in a cafeteria and even a Kiwi-themed pub, while Halley VI… boasts a gym, library, large canteen, bar and mini cinema.

If this turns out to be the model, then a future Mars colony will be a lot like a cruise ship. This doesn’t reflect a lack of imagination on the architects’ part though. It points to the fact that people don’t just want sociability, stimulation and exercise as such – they want familiar forms of these things. So a big part of designing habitats for space pioneers will involve replicating institutions from their original, earthbound cultures. In this sense, Martian colonies won’t be a fresh start for humanity any more than the colonisation of the Americas was.

Finally, it’s worth saying something about the politics of space habitats. It seems inevitable that whichever regime sends people to other planets will use the project as a means of legitimation: the government(s) and corporations involved will want us to be awed by their achievement. And this will be done by turning the project into a media spectacle.

The recent Perseverance expedition has already shown this potential: social media users were thrilled to hear audio of Martian winds, and to see a Martian horizon with Earth sparkling in the distance (the image, alas, turned out to be a fake). The first researchers or colonists on Mars will likely be reality TV stars, their everyday lives an on-going source of fascination for viewers back home.

This means space habitats won’t just be designed for the pioneers living in them, but also for remote visual consumption on Earth. The aesthetics of these structures will not, therefore, be particularly novel. Thanks to Hollywood, we already have established ideas of what space exploration should look like, and space architecture will try to satisfy these expectations. Beyond that, it will simply try to project a more futuristic version of the good life as we know it through pop culture: comfort, luxury and elegance.

We already see this, I think, in the Mars habitat designed by Xavier De Kestelier of Hassel Studio, which features sweeping open-plan spaces with timber flooring, glass walls and minimalist furniture. It resembles a luxury spa more than a rugged outpost of civilisation. But this was already anticipated, with characteristic flair, by Stanley Kubrick in his 1968 sci-fi classic 2001: A Space Odyssey. In Kubrick’s imagined lunar base, there is a Hilton hotel hosting the stylish denizens of corporate America. The task of space architects will be to design this kind of enchanting fantasy, no less than to meet the needs of our first Martian settlers.