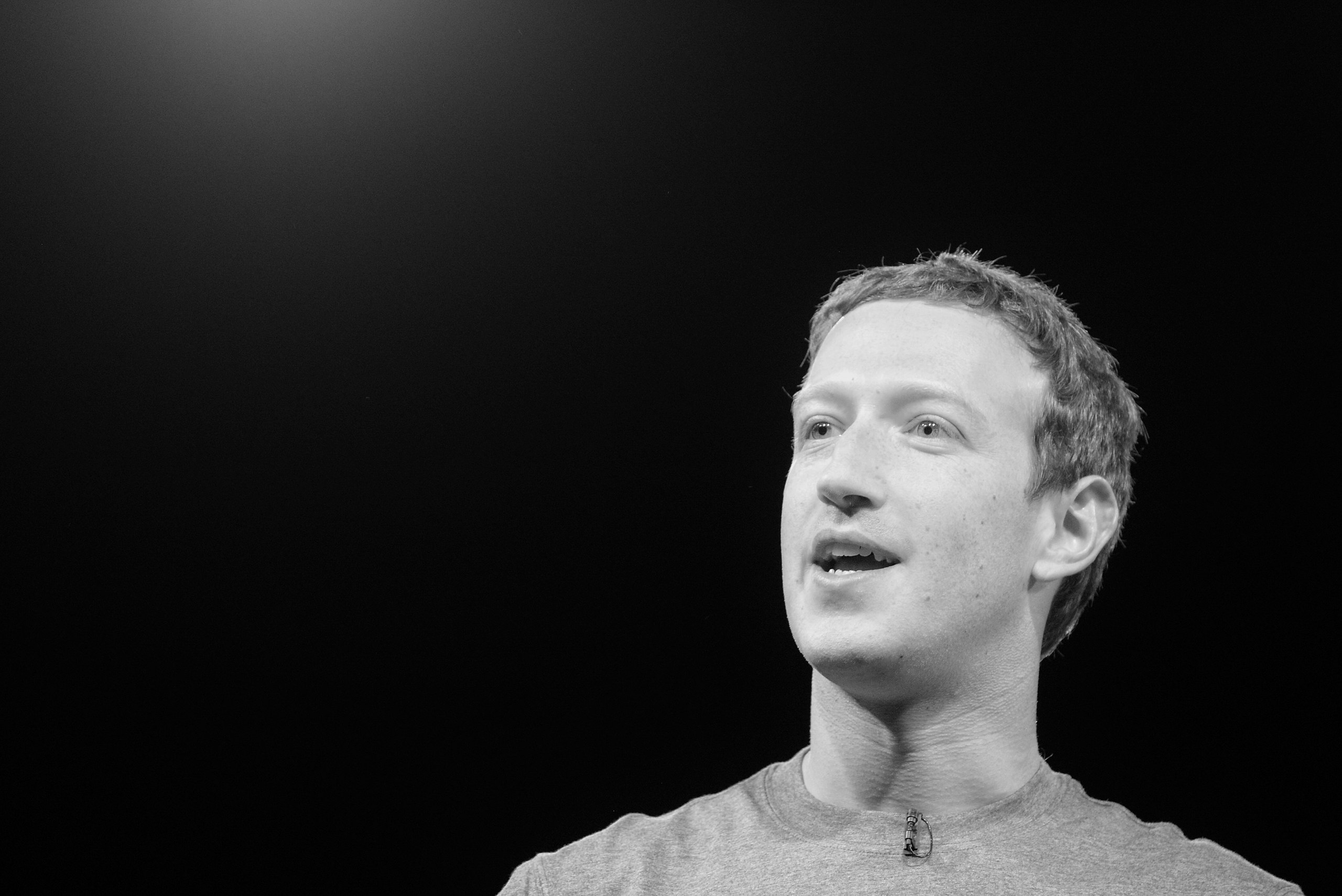 Sovereign is he who decides on the exception. In a statement on Wednesday afternoon, Facebook’s VP of integrity Guy Rosen declared: “This is an emergency situation and we are taking appropriate emergency measures, including removing President Trump’s video.” This came as Trump’s supporters, like a hoard of pantomime barbarians, were carrying out their surreal sacking of the Washington Capitol, and the US president attempted to publish a video which, in Rosen’s words, “contributes to rather than diminishes the risk of ongoing violence.” In the video, Trump had told the mob to go home, but continued to insist that the election of November 2020 had been fraudulent.

The following day Mark Zuckerberg announced that the sitting president would be barred from Facebook and Instagram indefinitely, and at least “until the peaceful transition of power is complete.” Zuckerberg reflected that “we have allowed President Trump to use our platform consistent with our own rules,” so as to give the public “the broadest possible access to political speech,” but that “the current context is now fundamentally different.”

Yesterday Trump’s main communication platform, Twitter, went a step further and suspended the US president permanently (it had initially suspended Trump’s account for 12 hours during the Capitol riot). Giving its rationale for the decision, Twitter also insisted its policy was to “enable the public to hear from elected officials” on the basis that “the people have a right to hold power to account in the open.” It stated, however, that “In the context of horrific events this week,” it had decided “recent Tweets from the @realDonaldTrump account and the context around them – specifically how they are being received and interpreted” (my emphasis) amounted to a violation of its rules against incitement to violence.

These emergency measures by the big tech companies were the most significant development in the United States this week, not the attack on the Capitol itself. In the language used to justify to them, we hear the unmistakable echoes of a constitutional sovereign claiming its authority to decide how the rules should be applied – for between the rules and their application there is always judgment and discretion – and more importantly, to decide that a crisis demands an exceptional interpretation of the rules. With that assertion of authority, Silicon Valley has reminded us – even if it would have preferred not to – where ultimate power lies in a new era of American politics. It does not lie in the ability to raise a movement of brainwashed followers, but in the ability to decide who is allowed the means to do so.

The absurd assault on the Capitol was an event perfectly calibrated to demonstrate this configuration of power. First, the seriousness of the event – a violent attack against an elected government, however spontaneous – forced the social media companies to reveal their authority by taking decisive action. In doing so, of course, they also showed the limits of their authority (no sovereignty is absolute, after all). The tech giants are eager to avoid being implicated in a situation that would justify greater regulation, or perhaps even dismemberment by a Democrat government. Hence their increasing willingness over the last six months, as a Democratic victory in the November elections loomed, to actively regulate the circulation of pro-Trump propaganda with misinformation warnings, content restrictions and occasional bans on outlets such as the New York Post, following its Hunter Biden splash on the eve of the election.

It should be remembered that the motivations of companies like Facebook and Twitter are primarily commercial rather than political. They must keep their monopolistic hold on the public sphere intact to safeguard their data harvesting and advertising mechanisms. This means they need to show lawmakers that they will wield authority over their digital fiefdoms in an appropriate fashion.

Trump’s removal from these platforms was therefore over determined, especially after Wednesday’s debacle in Washington. Yes, the tech companies want to signal their political allegiance to the Democrats, but they also need to show that their virtual domains will not destabilize the United States to the extent that it is no longer an inviting place to do business – for that too would end in greater regulation. They were surely looking for an excuse to get rid of Trump, but from their perspective, the Capitol invasion merited action by itself. It was never going to lead to the overturning of November’s election, still less the toppling of the regime; but it could hardly fail to impress America’s allies, not to mention the global financial elite, as an obvious watershed in the disintegration of the country’s political system.

But it was also the unseriousness of Wednesday’s events that revealed why control of the media apparatus is so important. A popular take on the Capitol invasion itself – and, given the many surreal images of the buffoonish rioters, a persuasive one – is that it was the ultimate demonstration of the United States’ descent into a politics of fantasy; what the theorist Bruno Maçães calls “Dreampolitik.” Submerged in the alternative realities of partisan media and infused with the spirit of Hollywood, Americans have come to treat political action as a kind of role-play, a stage where the iconic motifs of history are unwittingly reenacted as parody. Who could be surprised that an era when a significant part of America has convinced itself that it is fighting fascism, and another that it is ruled by a conspiracy of pedophiles, has ended with men in horned helmets, bird-watching camouflage and MAGA merchandise storming the seat of government with chants of “U-S-A”?

At the very least, it is clear that Trump’s success as an insurgent owes a great deal to his embrace of followers whose view of politics is heavily colored by conspiracy theories, if not downright deranged. The Capitol attack was the most remarkable evidence to date of how such fantasy politics can be leveraged for projects with profound “real world” implications. It was led, after all, by members of the QAnon conspiracy theory movement, and motivated by elaborate myths of a stolen election. Barack Obama was quite right to call it the product of a “fantasy narrative [which] has spiraled further and further from reality… [building] upon years of sown resentments.”

But while there is justifiably much fascination with this new form of political power, it must be remembered that such fantasy narratives are a superstructure. They can only operate through the available technological channels – that is, through the media, all of which is today centred around the major social media platforms. The triumph of Dreampolitik at the Capitol therefore only emphasises the significance of Facebook and Twitter’s decisive action against Trump. For whatever power is made available through the postmodern tools of partisan narrative and alternative reality, an even greater power necessarily belongs to those who can grant or deny access to these tools.

And this week’s events are, of course, just the beginning. The motley insurrection of the Trumpists will serve as a justification, if one was needed, for an increasingly strict regime of surveillance and censorship by major social media platforms, answering to their investors and to the political class in Washington. Already the incoming president Joe Biden has stated his intentions to introduce new legislation against “domestic terrorism,” which will no doubt involve the tech giants maintaining their commercial dominance in return for carrying out the required surveillance and reporting of those deemed subversive. Meanwhile, Google and Apple yesterday issued an ultimatum to the platform Parler, which offers the same basic model as Twitter but with laxer content rules, threatening to banish it from their app stores if it did not police conversation more strictly.

But however disturbing the implications of this crackdown, we should welcome the clarity we got this week. For too long, the tech giants have been able to pose as neutral arbiters of discussion, cloaking their authority in corporate euphemisms about public interest. Consequently, they have been able to set the terms of communication over much of the world according to their own interests and political calculations. Whether or not they were right to banish Trump, the key fact is that it was they who had the authority to do so, for their own reasons. The increasing regulation of social media – which was always inevitable, in one form or another, given its incendiary potential – will now proceed according to the same logic. Hopefully the dramatic nature of their decisions this week will make us question if this is really a tolerable situation.