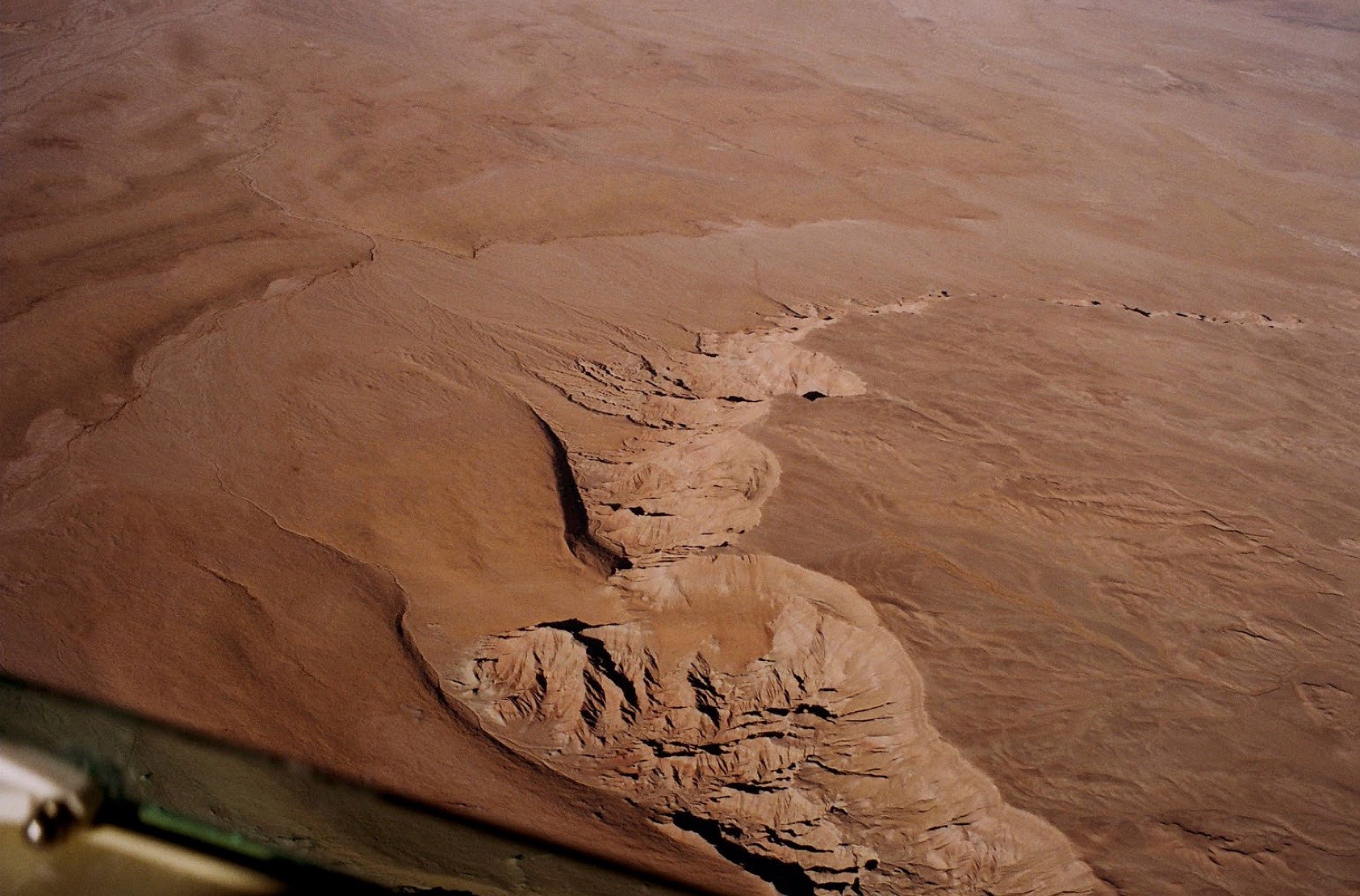 The landscape of Big Mountain, Northern Arizona, scarred by strip-mining for coal. Photography by Camille Summers-Valli

This text was written for a screening of Camille Summers-Valli’s film, Big Mountain, Diné Bikéyah, on 4 Jun 2015

If the basis of documentary is to give a sense of reality, then moving film must be the best medium. Yes, we know the camera can be very good at lying, and that the questions of when and what to film, and how it is edited, lead to highly subjective answers. But nonetheless, filming is a mechanised recording process, and watching film remains the best representation of what it’s actually like in the world captured by the camera.

The problem for documentary film is that from birth it has shared the screen with the most overbearing and manipulative of partners: fictional narrative. As we know, people love stories. So much so that, for most, the immediate connotations of the word ‘film’ have nothing to do with reality. They are of beginnings and endings, twists in the plotline, suspense, characterisation, dénouement, tragedy and redemption.

We are, on so many levels, wired for stories. Stories arrange events to pluck meaning from utter chaos. We compose them every day. Memory is a storytelling device that crafts a cascade of incidental moments into the personal narrative that is identity. Collectively, too: religion, ideology, morality and ambition are all narrative frameworks within which we live, stories that give meaning to the enigma of existence.

In film, narrative reduces our need for sense and meaning to a mechanical process. Narrative takes us for a ride. It sets about constructing a puzzle: there is a progression of scenes, development of characters, the convergence of unrelated events and, somewhere in the basement of our minds, a series of clicks as things fall into place.

Given how addictive this can be, it’s unsurprising that documentary film has often taken refuge in the notion of the ‘true story’ – after all, we like those most of all. But a true story is not the same as truth or reality – nowhere near it. It is a composition and, despite our proficiency with stories, we can feel that, because it excludes so much of the background noise that we know reality contains. Furthermore, narrative conventions tend to universalise their subject matter. When the mind finds a narrative path that it recognises, the particulars become almost incidental. The story is a dream which makes its contents vivid and memorable, only to strip them of their reality.

Even if the audience can be kept out of this stream that it so longs to drift down, there is the issue of the medium itself – film, and the screen – which over time has become contaminated by the aura of fiction. It exists inside what WH Auden called ‘the magic circle’ – a parallel world that is deeply engrossing but, to our relief, makes no demands of us. When the credits roll, we collect our coats and go home. When we watch something classed as documentary, we are aware that it is supposedly ‘real life,’ and yet mentally it tends to end up right alongside fiction in a much bigger box marked ‘media.’

The challenges for documentary film are many, especially if – as is the case with Camille Summers-Valli’s film, Big Mountain, Diné Bikéyah ­– the reality portrayed is so different to our own. The stories to which we cleave emerge over centuries from the depths of our culture. In part, the suffering inflicted on the people of this remote corner of Northern Arizona stems from a failure to understand the fundamentally different narratives which give meaning to their existence. For the various authorities who have hounded them for generations, they have been an anomaly, a digression from the greater American story, and a minor obstacle in various tales of individual advancement.

To package these circumstances for easy consumption in our own narrative terms would be to repeat this disastrous misunderstanding and, what is worse, reduce it to a state of pseudo-fictional entertainment. The answer of Big Mountain, Diné Bikéyah is to kick us out of our passive state by representing the lived human experience in all its unresolved chaos. This offers us, momentarily, an escape from fiction, and the rest is up to us.