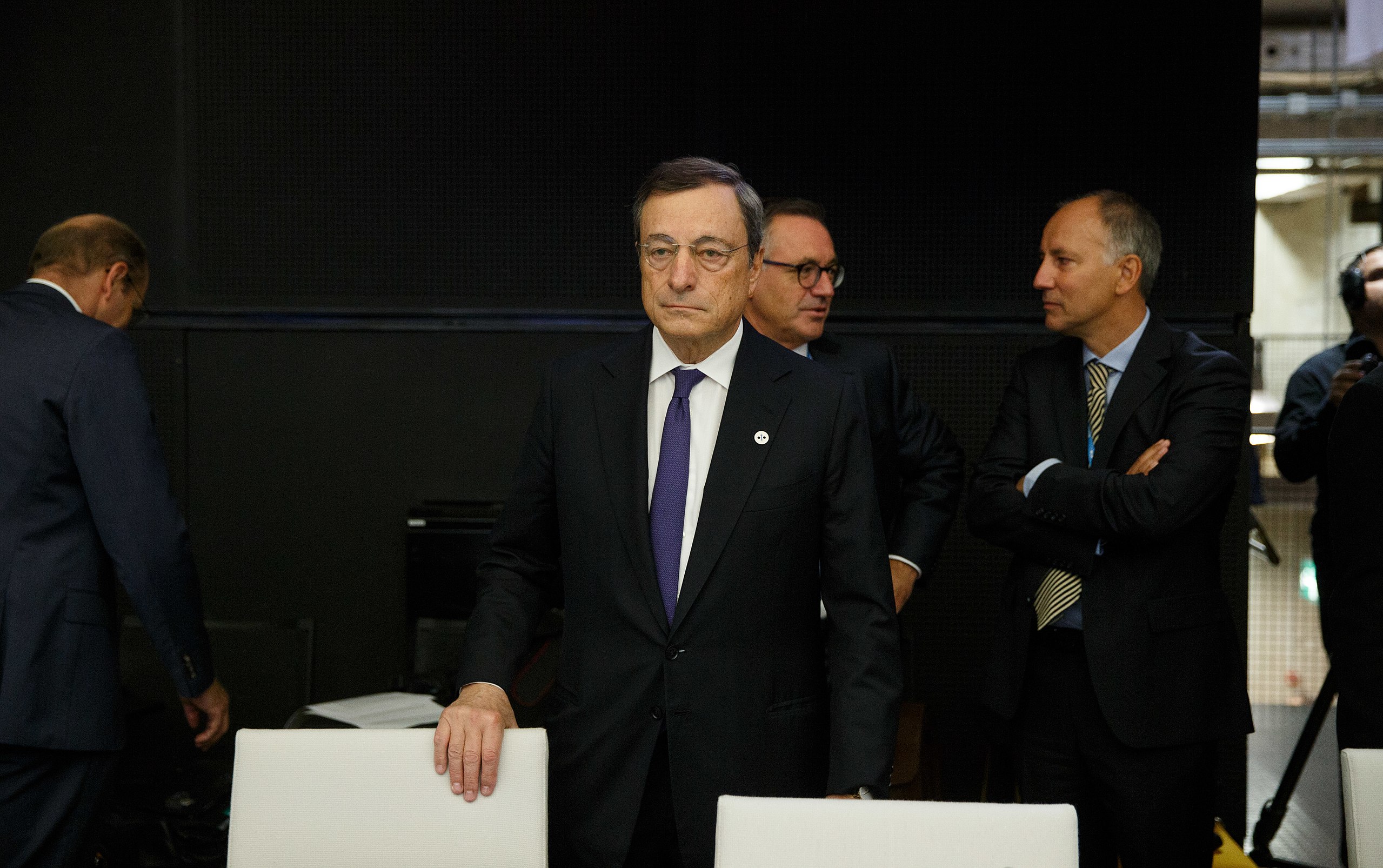 The likely appointment of Mario Draghi as Italy’s prime minister has been widely, if nervously, greeted as a necessary step. Draghi, an esteemed economist and central banker, will be the fourth unelected technocrat to fill the post in Italy in the last 30 years. As the Guardian concedes by way of welcoming Draghi’s appointment, a ready embrace of unelected leaders is “not a good look for any self-respecting democracy.”

Italy’s resort to temporary “technical governments” reflects the fact that its fractious political system, with its multitude of parties and short-lived coalitions, is vulnerable to paralysis at moments of crisis. Such has been the price for a constitution designed to prevent the rise of another Mussolini. Ironically though, the convention of installing technocrats recalls the constitutional role of Dictator in the ancient Roman Republic: a trusted leader who, by consensus among the political class, takes charge for a limited term during emergencies.

During the 1990s, it was the crisis of the European Exchange Rate Mechanism, the vast Mani pulite corruption scandal, and Silvio Berlusconi’s first chaotic administration which formed the backdrop for the technocratic governments of Carlo Ciampi and Lamberto Dini. Now in the midst of a pandemic and a gathering economic storm, the immediate pretext comes from the collapse of a government led by Giuseppe Conte of the Five Star Movement, amid machinations by Conte’s rivals and accusations of EU emergency funds being deployed for political patronage.

Yet despite its distinctively Italian flavour, this tradition of the technocratic dictator has a much wider European resonance. It reflects the economic and political strains of European integration. And ultimately, the Italian case merely offers a pronounced example of the precarious interplay between depoliticised technocratic governance and democracy which haunts the European Union at large.

The agendas of the Ciampi and Dini cabinets included politically sensitive reforms to state benefits and the public sector, with the purpose of rendering Italy fit for a European economy where Germany set the tune. This pattern was repeated much more emphatically when the next technocratic prime minister, the economist Mario Monti, served from 2011-13. Monti’s mission on behalf of Berlin and Brussels was to temper Italy’s sovereign debt crisis by overseeing harsh austerity measures.

The legacy of that strategy was the rise of the Italian populism in the form of the Five Star Movement and, on the right, Matteo Salvini’s Lega Nord. Which brings us to another crucial piece of background for Draghi’s appointment this week. With Italian Euroscepticism making further advances during the disastrous first phase of the pandemic, it seems likely that were an election called now a rightwing coalition led by Salvini would take power.

For Italy’s financial and administrative class, that prospect is especially scary given how much the country’s stability now depends on support from the EU. It can be hoped that Draghi will calm the nerves of Italy’s northern creditors, and Germany especially, to pave the way for a much needed second instalment of the coronavirus relief fund. But while all the talk now is of spending and investment, Italy has a public debt worth 160% of GDP and rising, which is only sustainable thanks to the European Central Bank (ECB) continuing to buy its government bonds. It is surely a matter of time before further “structural reforms” are demanded of Italy.

In other words, when the political parties aren’t up to it, technical governments do the dirty work of squeezing the Italy into the ever-tightening corset of the EU’s economic model. So this is not simply a pathology of Italian politics, but nor can it be characterised as an imposition. Figures like Monti and Draghi have long been invested in this arrangement: they cut their teeth during the 1990s hammering Italian finances into shape for entry to the Euro, and subsequently held important posts in EU institutions.

Indeed, the basic logic at work here, whereby tasks considered too difficult for democratic politics are handed over to the realm of technocratic expertise, has become a deeply European one. We see it most clearly in the EU’s increasing reliance on the monetary instruments of the ECB as the only acceptable tool with which to respond to economic crises. This goes back to the original political failure of not achieving fiscal integration in the Eurozone, which would have allowed wealth transfers to ailing economies no longer able to negotiate debt reductions or devalue their currencies. But during the Eurozone crisis and its aftermath, politicians avoided confronting their electorates with the need to provide funds for the stricken Club Med states. In stead they relied on the ECB to keep national governments solvent through sovereign bond purchases.

And lest we forget, it was these same bond purchases that made the name of Italy’s incoming prime minister, Mario Draghi. In 2012, when Draghi was ECB president, he appeared to almost magically calm the debt markets by announcing he would do “whatever it takes” to keep the Eurozone afloat. This statement, revealing that Draghi had been empowered to step outside the bounds of rule and precedent, is again suggestive of a kind of constitutionally-mandated technocratic dictator, but at a Europe-wide level.

Of course to focus on monetary policy is also to highlight that these tensions between technocracy and democracy go far beyond the EU. It is certainly not just in Europe that central bankers have accrued vast power through their ability to provide back-door stimulus and keep huge debt burdens sustainable. The growing importance of central banks points back to an earlier moment of depoliticisation at the dawn of neoliberalism in the early 1980s, when control of interest rates was removed from the realm of democratic politics. More fundamentally, it points to the limitations imposed on democracy by the power of financial markets.

Still, it is no accident that this tension has appeared in such acute form in the EU. As with Italy’s ready supply of emergency prime ministers, the EU’s dense canopy of technocratic institutions provides an irresistible way for politicians to pass the buck on issues they would otherwise have to subject to democratic conflict. This is all well and good if the technocrats succeed, but as we have seen recently with the EU’s vaccine program, it also raises the stakes of failure. Handing difficult and sensitive matters over to unaccountable administrators means that blame and resentment will be directed against the system as whole.