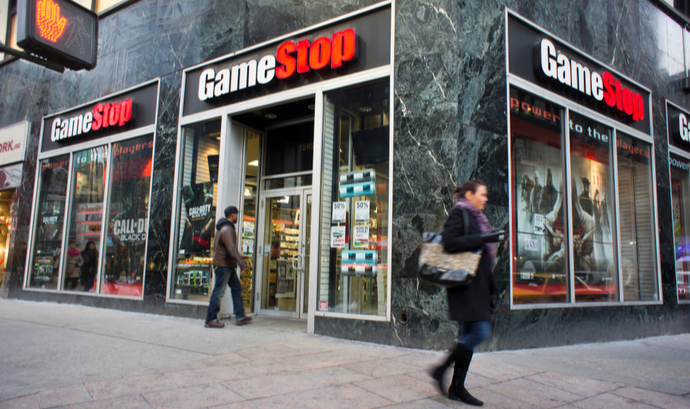 This article was first published by Unherd on 27th January 2021

During the past year, the chaotic forces of the digital revolution have broken into the world of finance, in the form of trading apps that allow ordinary punters free access to the stock market. These tools have given rise to social media communities where amateur traders exchange advice and, it now seems, organise to stick a finger in the eye of Wall Street.

The case of GameStop is the latest — and most stunning — example of this trend. Late last year, a confrontation developed between small traders and major Wall Street investors like Melvin Capital Management. As the former rushed in to buy what they viewed as undervalued GameStop shares, the latter saw it as a chance to adopt a short position, which means betting that GameStop’s share price would crash. But shorting is a risky strategy, since if the share price were in fact to keep rising, those betting against it would have to pay the difference.

And so the small investors, led by firebrands on the subreddit WallStreetBets, smelled blood. They continued driving up the price of GameStop shares in the hope of bankrupting the institutional investors. At the time of writing, the shares were hovering around the $300 mark — an increase of 1,400 per cent since January 12th. This week they have near-doubled on a daily basis.

According to Bloomberg, one in five stock trades are now made by such “retail investors,” as opposed to institutional investors such as hedge funds and insurance companies. As this army of new investors has gathered en masse in online chatrooms, notably Reddit and Stocktwits, it has produced strange effects in the markets. It’s no longer unusual to see the market value of small, obscure companies suddenly going through the roof thanks to co-ordinated speculation by amateur traders.

The WallStreetBets subreddit has become the centre of an intoxicating underdog narrative, a classic American romance of the little guy standing up to the corrupt and complacent system. “Hedge fund managers live in the past, and continue to look down upon the retail investors,” writes one influential user, “We can think and make decisions for ourselves, which scares the FUCK out of old school institutions and hedge funds.” Another posted a now-viral message to CNN, complaining that the news network was in cahoots with the institutional investors.

Of course, this is clearly a bubble of some kind, but it is also an a Hollywoodesque tale of plucky outsiders taking on the establishment — indeed, the guerrilla investors turned their attention to GameStop after learning that Michael Bury, the maverick trader immortalised in The Big Short, had invested in the company.

Whatever the outcome though, this episode has provided another striking illustration of how social media empowers the anti-establishment strain in American culture, and turns defiance of the powers-that-be into a source of shared purpose.

America has entered a new era in which narratives generated on social media have become a profoundly destabilising force, as we witnessed when Donald Trump’s elaborately outfitted supporters stormed the Washington Capitol at the start of this year. The GameStop saga isn’t an exact parallel, but is also a force for disruption.

A deep-seated suspicion of authority combined with technology that empowers self-proclaimed rebels against the system is proving to be a potent cocktail.