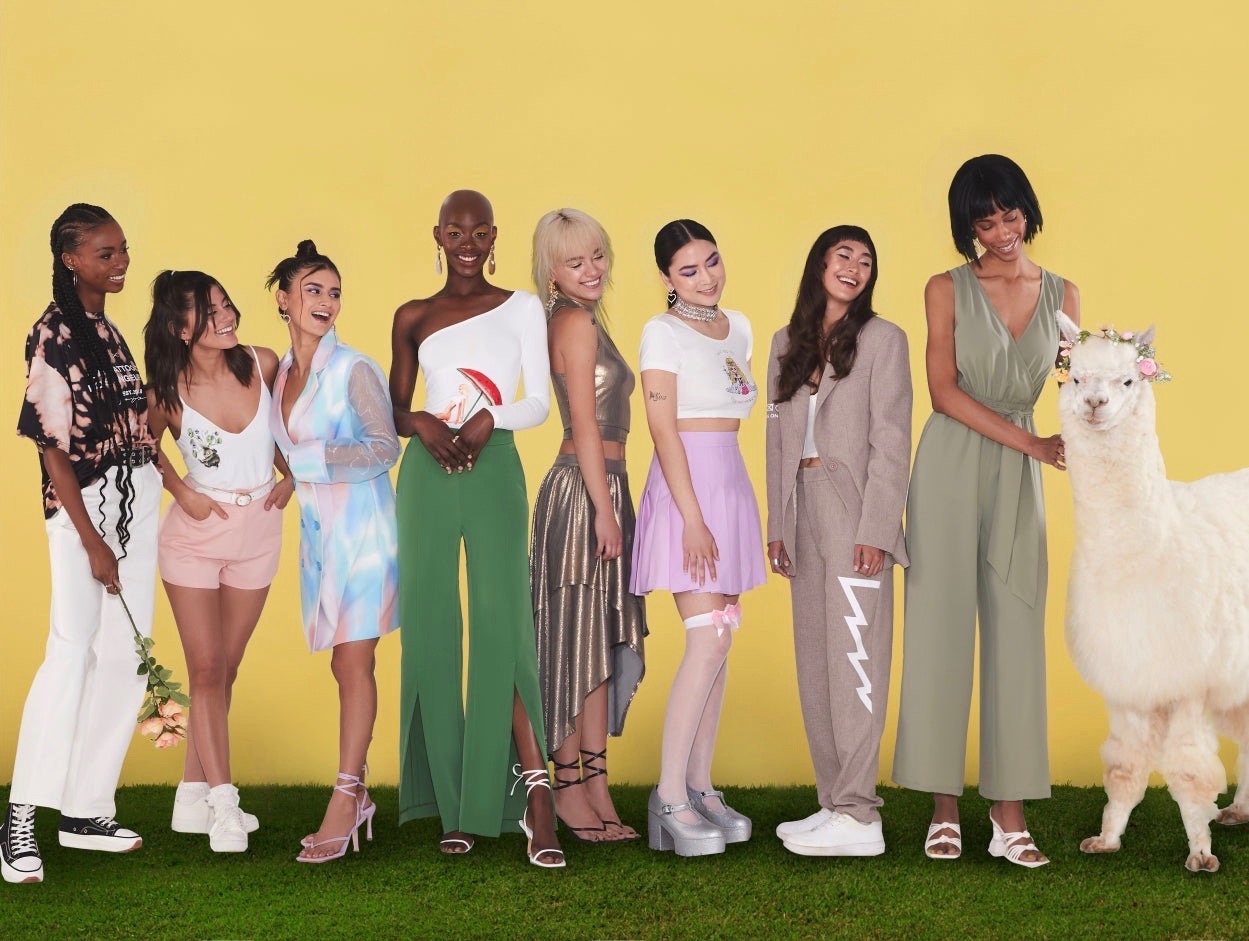 Something for everyone: fashion retailer Shein releases as many as 6,000 new products daily. (Image: Shein)

Ever since Charles Frederick Worth sat down to have his picture taken wearing a dark beret, thereby inviting comparisons with Rembrandt, we have liked to think of fashion design as a glamorous art form.

Worth, whose photograph also reveals a drooping moustache and fur collar, is generally regarded as the first modern fashion designer. He made gowns for the high-society women of late-19th century Europe, and greased the wheels of a nascent consumerism; some of his clients, like France’s Empress Eugénie, boasted about never wearing the same dress twice.

Since then high fashion has featured a long series of artistic visionaries, from the ingenious Coco Chanel to the stylistic rebel Alexander McQueen. The names of such designers, immortalised as luxury brands, confer a sense of prestige long after their death. Like famous artists, designers can command staggering prices: earlier this year, a limited run of 200 Nike Air Force 1 sneakers, designed by the recently deceased Virgil Abloh, fetched $25 million at Sotheby’s. One can judge the high status of the profession by the fact that celebrities become designers almost as often as they become authors.

But the aura surrounding the most celebrated designers gives a misleading impression of the fashion business. It is a feature of most design forms that artistic creativity and craft are constantly being outpaced by technological change, and fashion is no exception.

Today the world’s biggest fashion retailer is a company founded by a former search-engine specialist. That company is Shein, launched by Chris Xu in 2008 and based in Nanjing, China. It has no stores and no style to call its own, but it does have a shrewd understanding of online culture and an innovative logistics operation.

In the last few years, Shein has developed a model of “real-time fashion.” It uses algorithms to trawl the oceans of social media content, picking up new trends as they emerge. These styles are imitated by its design team, before sophisticated supply-chain software assigns orders to workshops in Guangdong. New items can be turned around in just ten days, and as many as 6,000 of them appear on Shein’s website daily (it is the most visited fashion site in the world, despite the company not even selling its goods in China itself). These bargain-priced clothes are marketed on TikTok and Youtube by paid celebrity influencers like Katy Perry, and by legions of Gen-Z girls who film themselves trying on their latest “Shein haul”.

There is a barely a trace of the traditional fashion designer in this operation: no artistic vision or coherent identity. In a kind of postmodern twist, the task of generating new fashions has been outsourced to the consumers, who influence one another on social media to build up their own personal brands. Shein just picks the winning horses and encourages the trends to take off. It still relies on the artistic efforts of others – the company has stolen ideas from a bewildering array of artists and designers – but only once the virtual hive-mind has hinted at their desirability.

This is certainly a case of technology crowding out creativity. Big-data analytics and cloud-based software fill roles that once needed an aesthetic sense and an intuition for where culture is headed. But the major technological change behind all of this relates to social media, which has enabled a shift of authority from designers to influencers.

This shift has been a long time in coming, since modern commercial design has always been bound up with the mimetic aspect of culture, or the desire to copy those with status. Josiah Wedgwood, the British ceramicist and entrepreneur, noted in the late-18th century that after a member of the royal family began using one of his ranges, it rapidly spread “almost over the whole Globe.” He concluded that influential patrons could be “as necessary to the sale of an article of Luxury, as real Elegance and beauty.”

No design form has exploited this insight more effectively than fashion. Charles Worth made his name through the patronage of glamorous figures like Empress Eugénie, while his successors benefited from a mass media that publicised what the smart set was wearing. Eventually fashion grew entwined with an advertising industry whose strategy was to associate a certain look with social status and sex appeal. Ad campaigns since the 1960s have generally been one long procession of the young, thin, carefree, glamorous and wealthy.

In other words, fashion has long relied on our desire to be like other people. Social media marks the ultimate triumph of this mimetic impulse, allowing influencers to cast a charismatic spell over their followers. Over the past decade, brands have increasingly been tapping into that relationship for marketing purposes, and who can blame them: in October last year the Chinese influencer Li Jiaqi, famous for his make-up styling videos, sold $1.9 billion worth of goods during a single live stream.

But influencers are not blank canvases on which advertisers can paint their own messages. They construct their personas with distinct aesthetics, lifestyles and political causes. As such, they encroach on the creative agency of designers in a way that celebrities and models in earlier decades did not. Shein is only the most dramatic example of a brand allowing social media to determine its design vision; even at the most exalted fashion houses, influencers get involved in the design of the garments they wear, and occupy the front row of runway shows.

Shein has also revealed that influencing is becoming something much more habitual and amorphous. It is a common culture in which young people participate, seeking recognition and generating their own fashions and norms. The countless “Shein haul” videos on social media are a theatrical genre in their own right, a kind of ritual where would-be internet celebs copy each other and seek to be copied in turn. Shein’s key insight is that in this world, the designer’s vision counts for little. The goal is to provide an abundance of cheap props for the online theatre, and to follow the plotline wherever it leads.

Nonetheless, the ad campaigns of luxury brands did pave the way for Shein. By wrapping consumers in a cocoon of aspirational imagery, they fuelled a culture of appearances with little regard for the quality of products or the people who manufacture them. Hence Shein’s garments are apparently no less desirable for being poorly made in dubious working conditions. As for the supposed environmentalism of Gen-Z, it clearly doesn’t outweigh the shame of being called “cheugy,” or out of date.

Altogether, Shein’s real-time fashion revolution points to a less interesting designed environment in the future. Data harvesting and trend reports will increasingly tell designers exactly what we want. That sounds nice, but as the rise of influencers has underscored, what we want is usually what someone else has told us we should want. Expecting designers to follow the herd deprives us of their imagination and insight. We should value design for challenging us, not pandering to us.

But by the same token, these developments will only enhance the prestige of the artistic designer. The guilty secret of artists is that their appeal depends, to a large degree, on the homogenising forces of mass culture that always appear to be pushing them to the margins. Living amidst an ocean of generic products sharpens our eye for creative brilliance, and turns it into a mark of refinement – especially as ambitious design tends to come with a higher price tag. Besides, the cult of personality bred by the Internet will only feed the romance of celebrity designers, who are themselves becoming social media stars.

So while design in general will be ruled by algorithms and rapidly shifting trends, artistic products will continue their ascent to the status of coveted luxury commodities. Or to put it another way, there will always be space for a few original designers in the top rung of influencers.