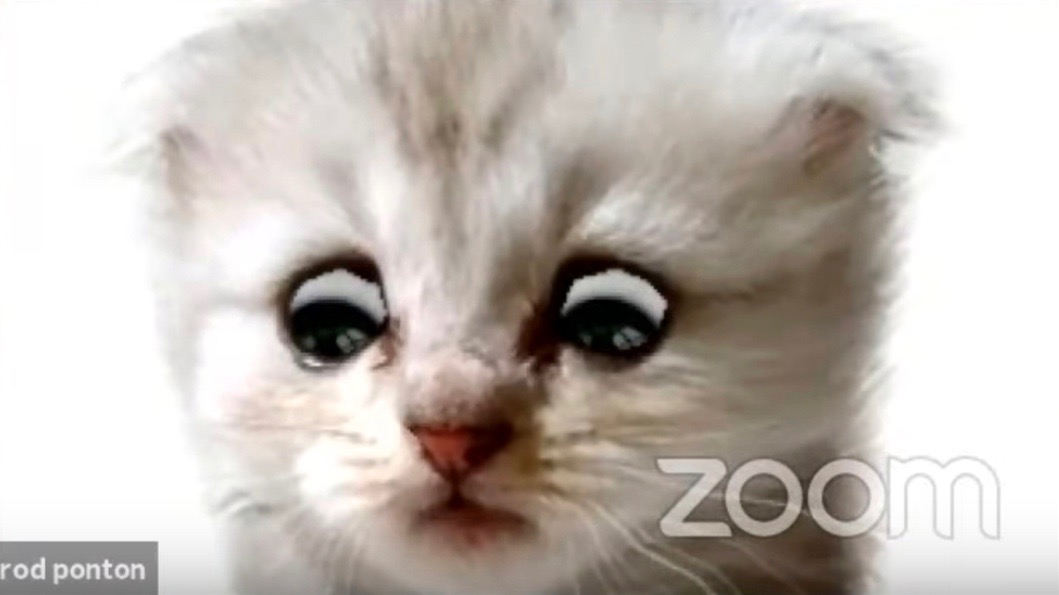 Analysing internet memes tends to be self-defeating: mostly their magic comes from a fleeting, blasé irony which makes you look like a fool if you try to pin it down. But sometimes a gem comes along that’s too good to let pass. Besides, the internet’s endless stream of found objects, jokes and observations are ultimately a kind of glorious collective artwork, somewhere between Dada collage and an epic poem composed by a lunatic. And like all artworks, this one has themes and motifs worth exploring.

Which brings me to cat-lawyer. The clip of the Texas attorney who, thanks to a visual filter, manages to take the form of a fluffy kitten in a Zoom court hearing, has gone superviral. The hapless attorney, Rod Ponton, claims he’s been contacted by news outlets around the world. “I always wanted to be famous for being a great lawyer,” he reflected, “now I’m famous for appearing in court as a cat.”

The video clearly recalls the similarly sensational case of Robert Kelly, the Korea expert whose study was invaded by his two young children during a live interview with the BBC. What makes both clips so funny is the pretence of public formality – already under strain in the video-call format, since people are really just smartly dressed in their homes – being punctured by the frivolity of childhood. Ridiculously, the victims try to maintain a sense of decorum. The punctilious Kelly ignores his rampaging infants and mumbles an apology; the beleaguered Ponton, his saucer-like kitten’s eyes shifting nervously, insists he’s happy to continue the hearing (“I’m not a cat” he reassures the judge, a strong note of desperation in his voice).

These incidents don’t become so famous just because they’re funny, though. Like a lot of comedy, they offer a light-hearted, morally acceptable outlet for impulses that often appear in much darker forms. We are essentially relishing the humiliation of Ponton and Kelly, much as the roaming mobs of “cancel culture” relish the humiliation of their targets, but we expect the victims to recognise their own embarrassment as a public good. The thin line between such jovial mockery and the more malign search for scapegoats is suggested by the fact that people have actually tried to discredit both men. Kelly was criticised for how he handled his daughter during his ordeal, while journalists have dredged up old harassment allegations against Ponton.

But there are other reasons why, in the great collective fiction of internet life, cat-lawyer is an interesting character. As I’ve previously written at greater length, online culture carries a strong strain of the grotesque. The strange act of projecting the self into digital space, both liberating and anxiety-inducing, has spurred forms of expression that blur the boundaries of the human and of social identity. In this way, internet culture joins a long artistic tradition where surreal, monstrous or bizarre beings give voice to repressed aspects of the human imagination. Human/animal transformations like the cat-lawyer have always been a part of this motif.

Of course it’s probably safe to assume that Ponton’s children, and not Ponton himself, normally use the kitten filter. But childhood and adolescence are where we see the implications of the grotesque most clearly. Bodily transformation and animal characters are a staple of adolescent fiction, because teenagers tend to interpret them in light of their growing awareness of social boundaries, and of their own subjectivity. Incidentally, I remember having this response to a particularly cheesy series of pulp novels for teens called Animorphs. But the same ideas are being explored, whether playfully or disturbingly, in gothic classics like Frankenstein and the tales of E.T.A Hoffman, in the films of David Lynch, or indeed in the way people use filters and face-changing apps on social media.

The cat-lawyer pushes these buttons too: his wonderful, mesmerising weirdness is a familiar expression of the grotesque. And this gels perfectly with the comedy of interrupted formality and humiliation. The guilty expression on his face makes it feels like he has, by appearing as a cat, accidentally exposed some embarrassing private fetish in the workplace.

Perhaps the precedent this echoes most clearly is Kafka’s “Metamorphosis,” where the longsuffering salesman Gregor Samsa finds he has turned into an insect. Recall that Samsa’a family resents his transformation not just because he is ghastly, but because his ghastliness makes him useless in a world which demands respectability and professionalism. It is darkly absurd, but unsettling too: it awakens anxieties about the aspects of ourselves that we conceal from public view.

The cat-lawyer’s ordeal is a similar kind of double nightmare: a surreal incident of transformation, an anxiety dream about being publicly exposed. Part of its appeal is that it lets us appreciate these strange resonances by cloaking them in humour.