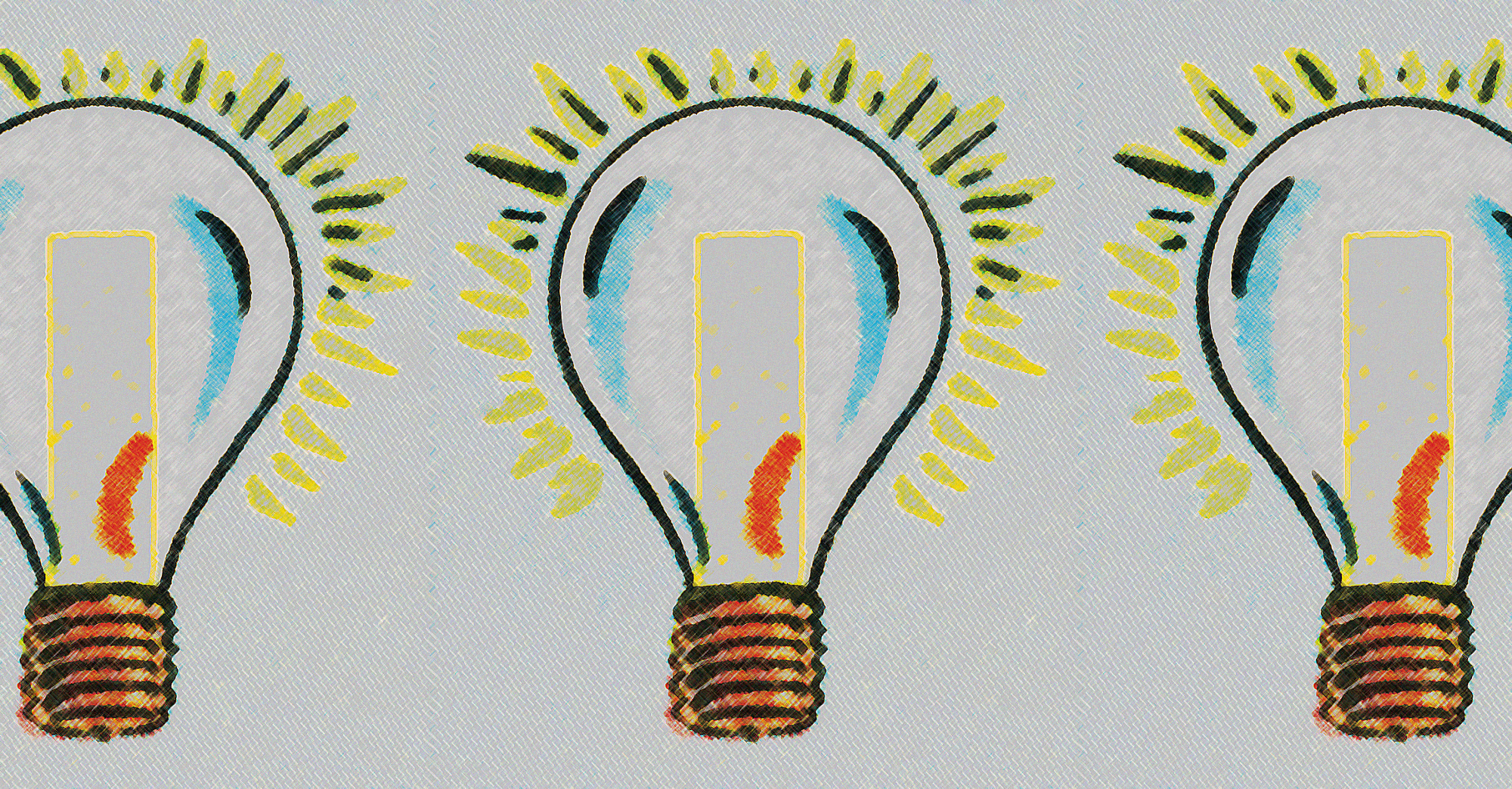 This book review was originally published by Arc Digital on August 31st 2020.

As the world reels from the chaos of COVID-19, it is banking on the power of innovation. We need a vaccine, and before even that, we need new technologies and practices to help us protect the vulnerable, salvage our pulverized economies, and go on with our lives. If we manage to weather this storm, it will be because our institutions prove capable of converting human ingenuity into practical, scalable fixes.

And yet, even if we did not realize it, this was already the position we found ourselves in prior to the pandemic. From global warming to food and energy security to aging populations, the challenges faced by humanity in the 21st century will require new ways of doing things, and new tools to do them with.

So how can our societies foster such innovation? What are the institutions, or more broadly the economic and political conditions, from which new solutions can emerge? Some would argue we need state-funded initiatives to direct our best minds towards specific goals, like the 1940s Manhattan Project that cracked the puzzle of nuclear technology. Others would have us place our faith in the miracles of the free market, with its incentives for creativity, efficiency, and experimentation.

Matt Ridley, the British businessman, author, and science journalist, is firmly in the latter camp. His recent book, How Innovation Works, is a work of two halves. On the one hand it is an entertaining, informative, and deftly written account of the innovations which have shaped the modern world, delivering vast improvements in living standards and opportunity along the way. On the other hand, it is the grumpy expostulation of a beleaguered libertarian, whose reflexive hostility to government makes for a vague and contradictory theory of innovation in general.

Innovation, we should clarify, does not simply mean inventing new things, nor is it synonymous with scientific or technological progress. There are plenty of inventions that do not become innovations — or at least not for some time — because we have neither the means nor the demand to develop them further. Thus, the key concepts behind the internal combustion engine and general-purpose computer long preceded their fruition. Likewise, there are plenty of important innovations which are neither scientific nor technological — double-entry bookkeeping, for instance, or the U-bend in toilet plumbing — and plenty of scientific or technological advances which have little impact beyond the laboratory or drawing board.

Innovation, as Ridley explains, is the process by which new products, practices, and ideas catch on, so that they are widely adopted within an industry or society at large. This, he rightly emphasizes, is rarely down to a brilliant individual or blinding moment of insight. It is almost never the result of an immaculate process of design. It is, rather, “a collective, incremental, and messy network phenomenon.”

Many innovations make use of old, failed ideas whose time has come at last. At the moment of realization, we often find multiple innovators racing to be first over the line — as was the case with the steam engine, light bulb, and telegraph. Sometimes successful innovation hinges on a moment of luck, like the penicillin spore which drifted into Alexander Fleming’s petri dish while he was away on holiday. And sometimes a revolutionary innovation, such as the search engine, is strangely anticipated by no one, including its innovators, almost up until the moment it is born.

But in virtually every instance, the emergence of an innovation requires numerous people with different talents, often far apart in space and time. As Ridley describes the archetypal case: “One person may make a technological breakthrough, another work out how to manufacture it, and a third how to make it cheap enough to catch on. All are part of the innovation process and none of them knows how to achieve the whole innovation.”

These observations certainly lend some credence to Ridley’s arguments that innovation is best served by a dynamic, competitive market economy responding to the choices of consumers. After all, we are not very good at guessing from which direction the solution to a problem will come — we often do not even know there was a problem until a solution comes along — and so it makes sense to encourage a multitude of private actors to tinker, experiment, and take risks in the hope of discovering something that catches on.

Moreover, Ridley’s griping about misguided government regulation — best illustrated by Europe’s almost superstitious aversion to genetically modified crops — and about the stultifying influence of monopolistic, subsidy-farming corporations, is not without merit.

But not so fast. Is it not true that many innovations in Ridley’s book drew, at some point in their complex gestation, from state-funded research? This was the case with jet engines, nuclear energy, and computing (not to mention GPS, various products using plastic polymers, and touch-screen displays). Ridley’s habit of shrugging off such contributions with counterfactuals — had not the state done it, someone else would have — misses the point, because the state has basic interests that inevitably bring it into the innovation business.

It has always been the case that certain technologies, however they emerge, will continue their development in a limbo between public and private sectors, since they are important to economic productivity, military capability, or energy security. So it is today with the numerous innovative technologies caught up in the rivalry between the United States and China, including 5G, artificial intelligence, biotechnology, semiconductors, quantum computing, and Ridley’s beloved fracking for shale gas.

As for regulation, the idea that every innovation which succeeds in a market context is in humanity’s best interests is clearly absurd. One thinks of such profitable 19th-century innovations by Western businessmen as exporting Indian opium to the Far East. Ridley tries to forestall such objections with the claim that “To contribute to human welfare … an innovation must meet two tests: it must be useful to individuals, and it must save time, energy, or money in the accomplishment of some task.” Yet there are plenty of innovations which meet this standard and are still destructive. Consider the opium-like qualities of social media, or the subprime mortgage-backed securities which triggered the financial crisis of 2007–8 (an example Ridley ought to know about, seeing as he was chairman of Britain’s ill-fated Northern Rock bank at the time).

Ridley’s weakness in these matters is amplified by his conceptual framework, a dubious fusion of evolutionary theory and dogmatic libertarianism. Fundamentally, he holds that innovation is an extension of evolution by natural selection, “a process of constantly discovering ways of rearranging the world into forms that are unlikely to arise by chance — and that happen to be useful.” (Ridley even has a section on “The ultimate innovation: life itself.”) That same cosmic process, he claims, is embodied in the spontaneous order of the free market, which, through trade and specialization, allows useful innovations to emerge and spread.

This explains why How Innovation Works contains no suggestion about how we should weigh the risks and benefits of different kinds of innovation. Insofar as Ridley makes an ethical case at all, it amounts to a giant exercise in naturalistic fallacy. Though he occasionally notes innovation can be destructive, he more often moves seamlessly from claiming that it is an “inexorable” natural process, something which simply happens, to hailing it as “the child of freedom and the parent of prosperity,” a golden goose in perpetual danger of suffocation.

But the most savage contradictions in Ridley’s theory appear, once again, in his pronouncements on the role of the state. He insists that by definition, government cannot be central to innovation, because it has predetermined goals whereas evolutionary processes do not. “Trying to pretend that government is the main actor in this process,” he says, “is an essentially creationist approach to an essentially evolutionary phenomenon.”

Never mind that many of Ridley’s own examples involve innovators aiming for predetermined goals, or that in his (suspiciously brief) section on the Chinese innovation boom, he concedes in passing that shrewd state investment played a key role. The more pressing question is, what about those crucial innovations for which there is no market demand, and which therefore do not evolve?

Astonishingly, in his afterword on the challenges posed by COVID-19, Ridley has the gall to admonish governments for not taking the lead in innovation. “Vaccine development,” he writes, has been “insufficiently encouraged by governments and the World Health Organisation,” and “ignored, too, by the private sector because new vaccines are not profitable things to make.” He goes on: “Politicians should go further and rethink their incentives for innovation more generally so that we are never again caught out with too little innovation having happened in a crucial field of human endeavour.”

In these lines, we should read not just the collapse of Ridley’s central thesis, but more broadly, the demise of a certain naïve market libertarianism — a worldview that flourished during the 1980s and ’90s, and which, like most dominant intellectual paradigms, came to see its beliefs as reflecting the very order of nature itself. For what we should have learned in 2007–8, and what we have certainly learned this year, is that for all its undoubted wonders the market is always tacitly relying on the state to step in should the need arise.

This does not mean, of course, that the market has no role to play in developing the key innovations of the 21st century. I believe it has a crucial role, for it remains unmatched in its ability to harness the latent power of widely dispersed ideas and skills. But if the market’s potential is not to be snuffed out in a post-COVID era of corporatism and monopoly, then it will need more credible defenders than Ridley. It will need defenders who are aware of its limitations and of its interdependence with the state.