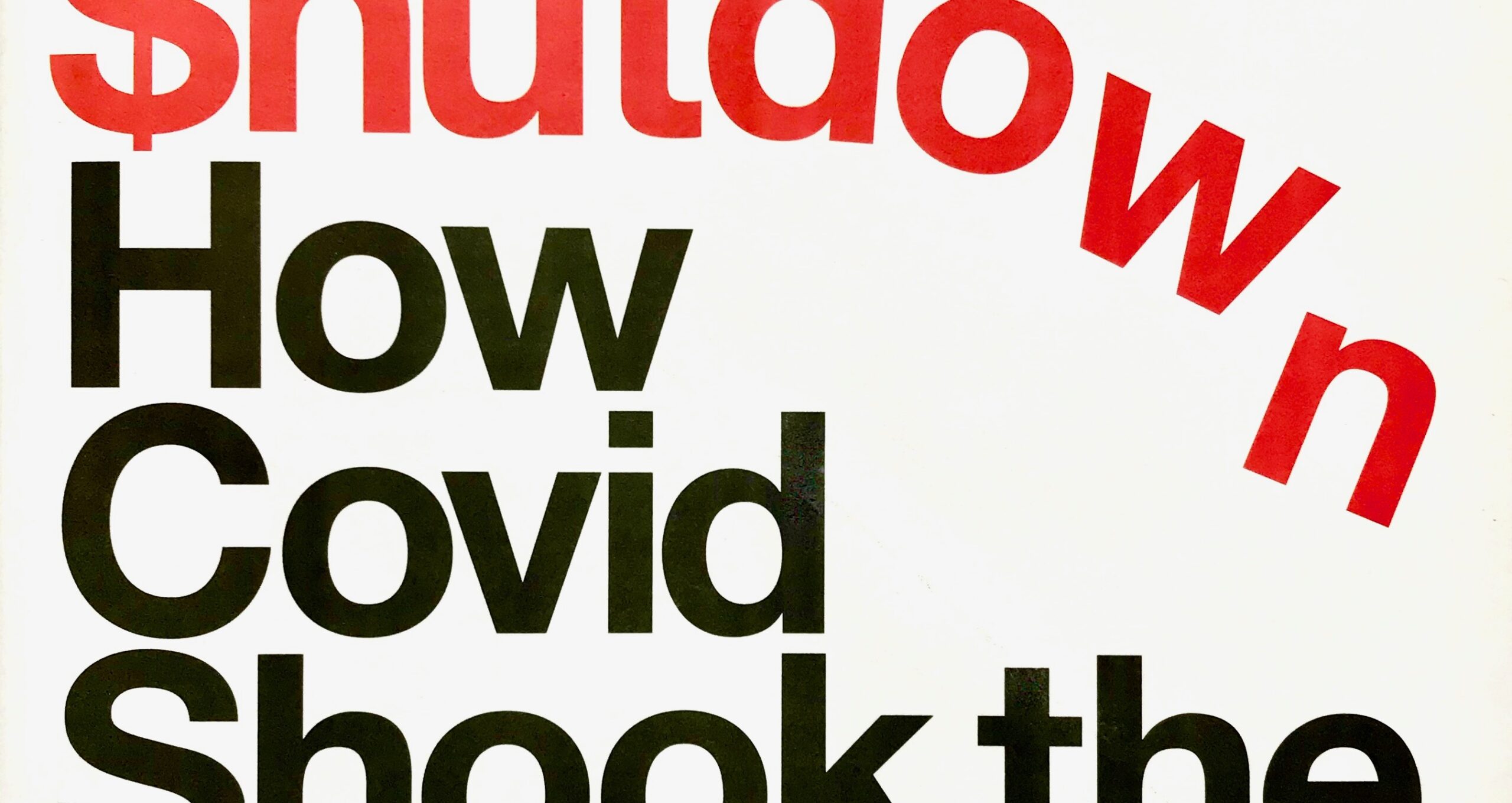 Adam Tooze is one of the most impressive public intellectuals of our time. No other writer has the Columbia historian’s skill for laying bare the political, economic and financial sinews that tie together the modern world.

Tooze’s new book, Shutdown: How Covid Shook the World’s Economy, provides everything his readers have come to expect: a densely woven, relentlessly analytical narrative that uncovers the inner workings of a great crisis – in this case, the global crisis sparked by the Covid pandemic in 2020.

But Shutdown provides something else, too. It shows with unusual clarity that, for all his dry detachment and attention to detail, Tooze’s view of history is rooted in a deep sense of tragedy.

Towards the end of the book, Tooze reflects on the escalating “polycrisis” of the 21st century – overlapping political, economic and environmental conflagrations:

In an earlier period of history this sort of diagnosis might have been coupled with a forecast of revolution. If anything is unrealistic today, that prediction surely is. Indeed, radical reform is a stretch. The year 2020 was not a moment of victory for the left. The chief countervailing force to the escalation of global tension in political, economic, and ecological realms is therefore crisis management on an ever-larger scale, crisis-driven and ad hoc. … It is the choice between the third- and fourth-best options.

This seems at first typical of Tooze’s hard-nosed realism. He has long presented readers with a world shaped by “crisis management on an ever-larger scale.” Most of his work focuses on what, in Shutdown, he calls “functional elites” – small networks of technocratic professionals wielding enormous levers of power, whether in the Chinese Communist Party or among the bureaucrats and bankers of the global financial system.

These authorities, Tooze emphasises, are unable or unwilling to reform the dynamics of “heedless global growth” which keep plunging the world into crisis. But their ability to act in moments of extreme danger – the ability of the US Federal Reserve, for instance, to calm financial markets by buying assets at a rate of $1 million per second, as it did in March last year – is increasingly our last line of defence against catastrophe. The success or failure of these crisis managers is the difference between our third- and fourth-best options.

But when Tooze notes that radical change would have been thinkable “in an earlier period of history,” it is not without pathos. It calls to mind a historical moment that looms large in Tooze’s work.

That moment is the market revolution of the 1980s, the birth of neoliberalism. For Tooze, this did not just bring about an economic order based on privatisation, the free movement of goods and capital, the destruction of organised labour and the dramatic growth of finance.

More fundamentally, neoliberalism was about what Tooze calls “depoliticisation.” As the west’s governing elites were overtaken by dogmas about market efficiency, the threat of inflation and the dangers of government borrowing, they hard-wired these principles into the framework of globalisation. Consequently, an entire spectrum of possibilities concerning how wealth and power might be distributed were closed-off to democratic politics.

And so the inequalities created by the neoliberal order became, as Tony Blair said of globalisation, as inevitable as the seasons. Or in Thatcher’s more famous formulation, There Is No Alternative.

Tooze’s view of the present exists in the shadow of this earlier failure; it is haunted by what might have been. As he bitterly observes in Shutdown, it might appear that governments have suddenly discovered the joys of limitless spending, but this is only because the political forces that once made them nervous about doing so – most notably, a labour movement driving inflation through wage demands – have long since been “eviscerated.”

But it seems to me that Tooze’s tragic worldview reveals a trap facing the left today. It raises the question: what does it mean to accept, or merely to suspect, that radical change is off the table?

We glimpse an answer of sorts when Tooze writes about how 2020 vindicated his own political movement, the environmentalist left. The pandemic, he claims, showed that huge state intervention against climate change and inequality is not just necessary, but possible. With all the talk of “Building Back Better” and “Green Deals,” centrist governments appear to be getting the message. Even Wall Street is “learning to love green capitalism.”

Of course, as per the tragic formula, Tooze does not imagine this development will be as transformative as advertised. A green revolution from the centre will likely be directed towards a conservative goal: “Everything must change so that everything remains the same.” The climate agenda, in other words, is being co-opted by a mutating neoliberalism.

But if we follow the thrust of Tooze’s analysis, it’s difficult to avoid the conclusion that realistic progressives should embrace this third-best option. Given the implausibility of a genuine “antisystemic challenge” – and in light of the fragile systems of global capitalism, geopolitics and ecology which are now in play – it seems the best we can hope for is enlightened leadership by “functional elites.”

This may well be the true. But I think the price of this bargain will be higher than Tooze acknowledges.

Whether it be climate, state investment, or piecemeal commitments to social justice, the guardians of the status quo have not accepted the left’s diagnosis simply because they realise change is now unavoidable. Rather, these policies are appealing because, with all their moral and existential urgency, they can provide fresh justification for the unaccountable power that will continue to be wielded by corporate, financial and bureaucratic interests.

In other words, now that the free-market nostrums of neoliberalism 1.0 are truly shot, it is the left’s narratives of crisis that will offer a new basis for depoliticisation – another way of saying There Is No Alternative.

And therein lies the really perverse tragedy for a thinker like Tooze. If he believes the choice is survival on these terms or not at all, then he will have to agree.